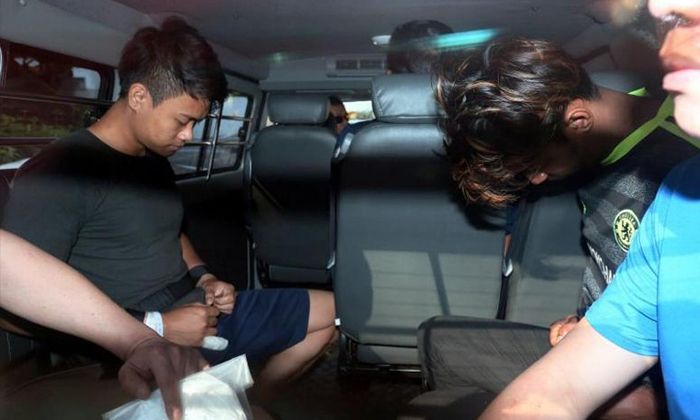 A former restaurant assistant manager who had harboured an alleged murderer has been sentenced to 18 months jail.

According to The Straits Times, the 28-year-old who had harboured the alleged murderer, were secret society members operating from Toa Payoh Central.

Three other men involved in the murder belonged to the same secret society as well.

On March 12, 2017, Mr Satheesh was having drinks at Postbar with a group. 27-year-old Shawalludin Sa'adon, who was working at Postbar, claimed that Mr Satheesh tried to punch him.

A friend of Mr Satheesh pulled him back while Shawalludin was told by his superiors to step out of the premises to prevent further misunderstanding.

Shawalludin then messaged and called Hisham to rally members of their gang as 'backup' in a fight. Hisham agreed and he headed to Postbar, which was at Sentosa Gateway.

Hisham messaged all members of the secret society, informing them that Shawalludin was seeking a fight at St James Power Station.

Khalid, who had a knife, asked 23-year-old Faizal to accompany him.

When the group arrived at Postbar, Shawalludin pointed out Mr Satheesh and his cousin, 29-year-old Mr Naveen Lai Pillar, saying that he was not satisfied. The group subsequently agreed to hurt the two men.

While Hisham walked away to call his girlfriend, Shawlludin, Khalid and Faizal confronted the two men as they were about to board a private-hire car. They stabbed, kicked and punched the two men.

When Hisham returned and saw Mr Satheesh lying on the ground and Mr Naveen stumbling and covered in blood, he immediately messaged Shawalludin to 'run far far', saying that Mr Satheesh had died.

At around 10am, Hisham told Firdaus to take Khalid and Faizal to his godmother's flat in Yishun so he could harbour them.

All three turned up with their girlfriends at the flat. Khalid told Hisham that he had stabbed two people and had wounded himself. Faizal stayed for an hour or two before leaving.

The following day, police raided the flat and arrested the three men. Hisham had provided Khalid with shelter for a total of 31 hours, allowing him to evade arrest.

District Judge Marvin Bay told Hisham that his act of sheltering a known figure for an extended period of more than 24 hours, under circumstances in which murder had been commited, was a "very grave offence", as this was calculated to thwart and potentially pervert the course of justice.

A second charge of conspiracy by abetment to cause hurt to the two victims was also considering during the sentencing.

Hisham could have been jailed for up to 10 years and fined for the harbouring charge. The case against the three other men are pending.