Man harassed, threatened to beat SDAs when told to put on mask at hawker centre 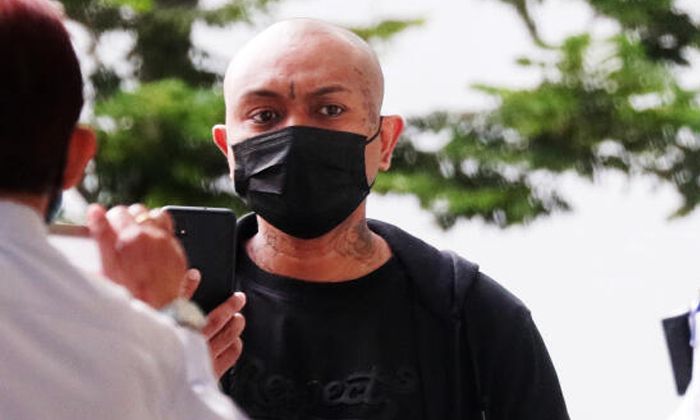 Angered by two safe distancing ambassadors at Bukit Merah View Market and Hawker Centre who told him to put on a mask, a 39-year-old man yelled profanities at them and pushed one of them.

Muhammad Zaid Ariffin also threatened to beat them up when they told him they were just doing their jobs.

On Tuesday (March 1), Muhammad Zaid, a forklift driver, was fined $6,000 after he pleaded guilty to four charges related to harassment, criminal intimidation and failing to wear a mask.

One other harassment charge in which Muhammad Zaid flicked one of the victim's lanyards at him was taken into consideration in his sentencing.

The court heard that on Feb 20 last year at about 9.20am, a passer-by called the police saying that safe distancing ambassadors were being threatened at the hawker centre.

Investigations revealed that Mr Edrick Chua Wen Long, 35, and Mr Kenrick Woo Min Jian, 33, both safe distancing officers deployed by the National Environment Agency, were making their rounds when they spotted Muhammad Zaid standing at a corner of the market and not wearing his mask.

Mr Woo intervened and told him that they were just doing their jobs and asked him to put on his mask and follow the rules.

But Muhammad Zaid pushed Mr Woo twice on his shoulder and said to the two men: "I see you one time, I beat you one time."

Muhammad Zaid told the court that his fiancee does not work and is expecting a child, he also supports an 11-year-old son and helps out with his parents who are unwell.

For using abusive words to cause alarm to others, he could have been fined $5,000, jailed for up to six months, or both.

For using criminal force, he could have been jailed for up to three months, fined up to $1,500, or both.