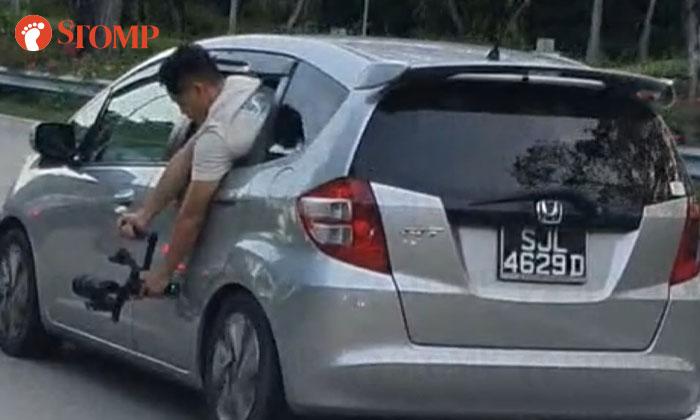 A man was caught on video with half his body hanging out of a moving car while holding a video camera along the Pan Island Expressway (PIE) and East Coast Parkway (ECP) on Tuesday (May 24) at about 6.30pm.

Stomper Li shared with Stomp videos of the incident.

He said that he asked his companion sitting in the passenger seat to take the footage.

"I saw half his body was out of the car already.

"It is very dangerous for other road users, especially motorcyclists.

"They were also hogging the first lane and all the car had to slow down just for them.

"Is this even allowed."

From the video, it is unlikely the man was wearing his seatbelt.

Under the Road Traffic Act, all drivers and passengers above 1.35 metres tall are required to wear a seat belt in a motor vehicle unless medically exempted.