Man had unprotected sex with 15-year-old stepddaughter in carpark, spotted by police officer 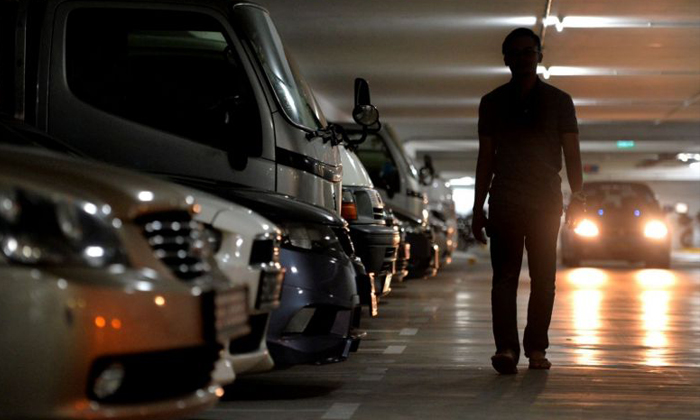 A man picked up his 15-year-old stepdaughter from school and drove the girl to a multistorey carpark, where he had sex with her.

The 41-year-old Singaporean pleaded guilty in court on Monday (Nov 11) to one count of having sex with the minor.

Court documents stated that he committed the offence "with her consent". A second similar charge will be considered during sentencing.

He cannot be named as a gag order has been imposed to protect the girl's identity.

Deputy Public Prosecutor Derek Ee said that the girl had referred to the man as "uncle".

It was not stated if he is still married to her mother.

The DPP told District Judge Teo Guan Kee: "The accused stated that he initially treated the victim as his stepdaughter.

"However, as time went by, they gradually became closer and often texted each other. This eventually led to the accused having sex with the victim."

The man picked up the Secondary 4 girl from school at around 12.30pm on Jan 25 this year. But instead of going home, he drove to the carpark in Admiralty Drive.

They moved to the rear passenger seat and the man had unprotected sex with the teenager.

A police officer was in the vicinity at around 2pm when he spotted them. They also saw him and quickly dressed themselves.

The man initially denied having sex in the car when questioned, the court heard.

His mitigation and sentencing will take place on Dec 23.

For having sex with the minor, he can be jailed for up to 10 years and fined.

Related Stories
Ex-teacher jailed 8 years for having sex with underage female student who got pregnant
Man had sex and year-long affair with step-sister's 12-year-old best friend
Man jailed for having sex with girl, 13, and molesting her younger sister
More About:
sex
court