Man gets rare honour of meeting wild leopard cat, one of the last few left in S'pore 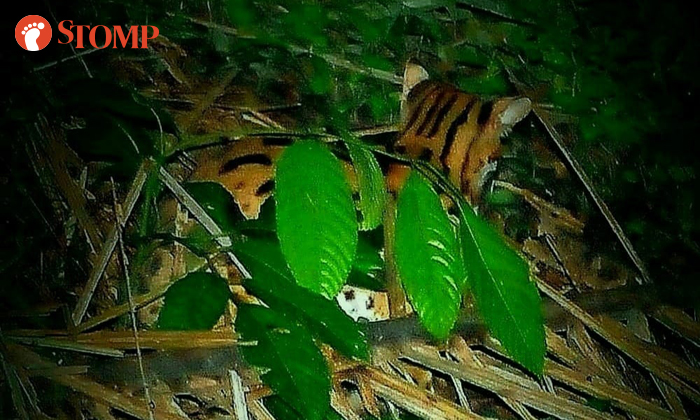 It's not every day that you get to encounter one of Singapore's last surviving wild cats.

So imagine Stomper John Lee's joy when he spotted one in the north region of Singapore in the early hours of Wednesday (Dec 7), at around 1.30am.

John, founder of Wildlife Asia (Singapore), recounted: "I was shocked when I saw the leopard cat's strong body markings and yellowish fur. It was lying on the ground on a slope, probably waiting for prey. The rare sighting had me extremely excited.

"Upon sensing my presence, the wild cat dashed off into the thick forest so I only managed to capture two photos with my DSLR camera." 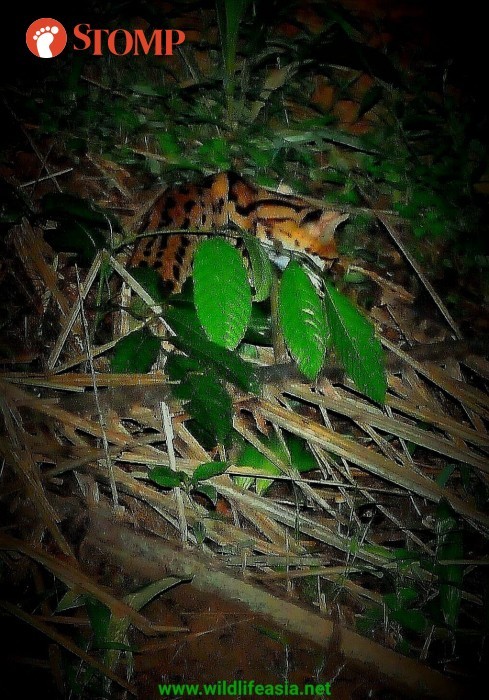 John declined to share the exact location in order to protect the species, but said: "First and foremost, I must make known that the sightings of the rare wild cat was spotted in a publicly accessible area with no restriction of entry.

"For the sake of the animal's safety as it is extremely rare and critically endangered under the Red Data Book List, disclosure of the sighting's location is not recommended as it will definitely attract large crowds and hordes of people to visit the site."

The Stomper said this is his second time spotting a leopard cat in the wild. The first time was earlier in January, but he did not have his professional camera with him at that time and could only take low quality images on his mobile phone.

John added: "Having been a wildlife naturalist over many years, I am blessed to witness the presence of our last surviving wild cat species in Singapore."

The leopard cat is Singapore’s last native wildcat since the extinction of tigers and leopards here.

Fewer than 50 of them remain in Singapore and its surrounding islands, based on the last rigorous population study in 2012, reported The Straits Times earlier this year in January.

A shy and stealthy species, they live in forests and mangroves. They are about the size of a domestic cat and mainly hunt small creatures such as rats and frogs.

More info about leopard cats can be found on the Singapore Wildcat Action Group website.