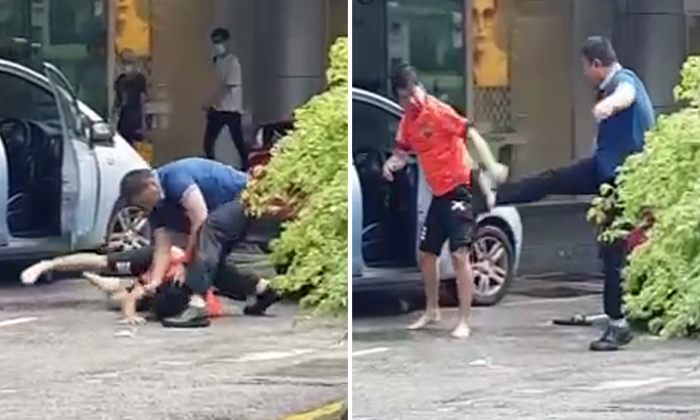 Two men were arrested and a woman is assisting with police investigations following a fight that broke out outside Wisma Atria shopping mall on Saturday (Jan 9).

Several readers alerted Stomp to a video of the incident that has been circulating online, showing a man beating up a younger-looking guy.

The man can be seen raining blows on his barefooted opponent, who then calmly picks up his shoes and enters his car.

In response to a Stomp query, the police said they were alerted to a fight at a taxi stand at 435 Orchard Road at 10.53am.

The 37-year-old man was taken to Singapore General Hospital following the incident.

Additionally, a 33-year-old woman is also assisting with police investigations into the case.