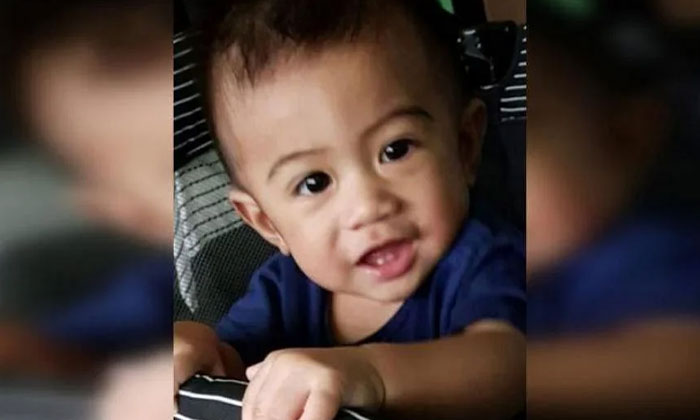 A 29-year-old man who murdered his girlfriend's nine-month-old son by pushing the baby's head against the floorboard of his van was sentenced to life imprisonment and 15 strokes of the cane on Thursday (Aug 11).

Mohamed Aliff Mohamed Yusoff was convicted of murder last month after the High Court rejected his claim that the baby, Izz Fayyaz Zayani Ahmad, had hit his head after accidentally falling from the accused's right arm.

In sentencing Aliff, High Court Judge Mavis Chionh found that the circumstances of the case did not warrant the death penalty.

Justice Chionh said the courts have taken a tough stance towards offenders who cause the deaths of defenceless young victims by violence.

The judge noted the physical disparity between Aliff, a full-grown adult man, and Izz, who was 71cm tall and weighed 8.3kg.

She said the baby's total inability to defend himself rendered him an especially vulnerable victim.

Instead of seeking medical attention, Aliff suggested to his girlfriend, Ms Nadiah Abdul Jalil, that they should pay someone to bury Izz and report him as missing a year later.

Aliff told Ms Nadiah they should tell the same story of an accidental fall and delayed taking her and Izz to the National University Hospital's accident and emergency department.

The court heard during the trial that Aliff had volunteered to take care of Izz on the night of Nov 7, 2019.

Surveillance footage showed his van entering the carpark at about 10pm.

At about 11pm, he left the baby alone in the locked van, walked to a nearby supermarket to buy some items and then returned to the van.

According to the defence’s case, Aliff was holding Izz in his right arm and trying to close the van door when the baby fidgeted and fell head-first onto the floorboard of the van before falling to the ground.

An autopsy found that the baby had died from bleeding in the brain as a result of traumatic injury.

In his statements to the police, Aliff vacillated between admitting to having pushed Izz’s head against the floorboard of the van and claiming that Izz had hit his head after accidentally falling from his arm.

Last month, Justice Chionh found that Aliff’s claim of an accidental fall was riddled with inconsistencies and contradicted by medical evidence.