Man gets jail, fine for verbally abusing and assaulting bus driver who told him to wear mask properly 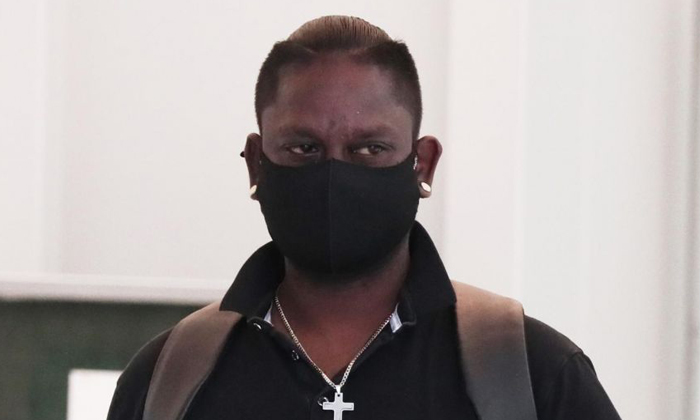 A bus passenger talking on his mobile phone with his mask down flew into a rage and hurled vulgarities at the driver who told him to wear it properly.

The 40-year-old Malaysian pleaded guilty on Friday (July 9) to one count each of harassment, assault and an offence under the Covid-19 (Temporary Measures) Act.

He was sentenced to two weeks' jail and a fine of $4,000. He will spend an additional eight days behind bars if he is unable to pay the fine.

At 7.50pm on July 31 last year, Nadarajan boarded bus service 130 along Ang Mo Kio Avenue 6 and was seen wearing his mask over only his chin while talking to his wife on the phone.

When Mr Sulaiman advised him to wear the mask properly, he complied before taking a seat at the back of the bus.

But the driver later saw Nadarajan with his mask down again.

Deputy Public Prosecutor Hidayat Amir told the court: "At or about 7.58pm, when the victim stopped the bus at a bus stop, he turned to the back of the bus to address the accused briefly and advised him to wear his mask properly again.

"The victim informed the accused that this was required under the laws of Singapore."

A minute later, while the bus was moving, Nadarajan walked towards Mr Sulaiman and abused him with vulgar language. He then assaulted the driver before alighting.

The DPP said Mr Sulaiman felt that he was no longer able to drive and informed the SBS operations office. One of his colleagues then alerted the police.

On Friday, Nadarajan, who did not have a lawyer, pleaded for leniency .

For assault, he could have been jailed for up to three years and fined up to $5,000.

For committing the offence under the Covid-19 (Temporary Measures) Act, he could have been jailed for up to six months and fined up to $10,000.