Man gets jail, caning for armed robbery of moneylending shop in Jurong East 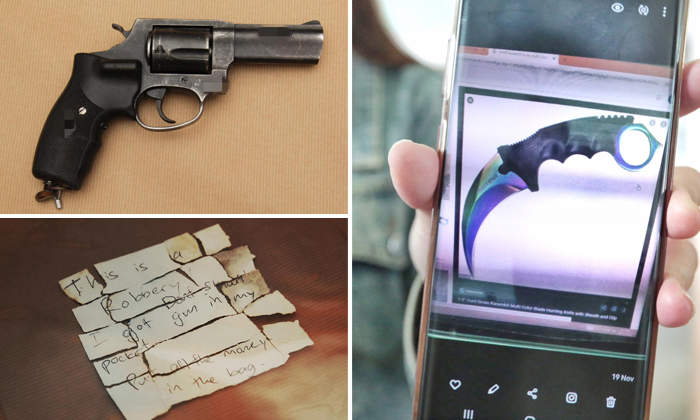 When his accomplices were hesitant about going through with a robbery, the 23-year-old cajoled them into it.

Karrtik Stalniraj eventually convinced two others - Kotta Kumar Jeswanth, 20, and Tusheintar Segaran, 22 - and they robbed licensed moneylender OT Credit in Jurong East of $48,000 while armed with karambit knives in November 2020.

On Monday (May 23), Karrtik was sentenced to five years, eight months and five weeks' imprisonment, 12 strokes of the cane and fined $3,000 for the armed robbery and other unrelated offences.

These offences include stabbing another man, spitting at a police officer, meeting others for drinks during the circuit breaker period and stealing the personal belongings of a man who was sleeping in Jurong Central Park.

Kotta, who was a teenager at the time of the offence, was ordered to undergo reformative training, while Tusheintar was sentenced to two years' jail and six strokes of the cane.

The court heard that the trio agreed to rob OT Credit at Block 135 Jurong Gateway Road as Karrtik needed money for Deepavali and to buy a gift for his then girlfriend. He suggested targeting the shop as there were only two female shop assistants working there.

At noon on Nov 19, 2020, the trio arrived in the vicinity and Tusheintar entered the shop wearing a stolen motorcycle helmet but left without making any inquiries.

At around 4pm, Karrtik decided that he did not want to wait any longer and suggested that they go to the shop together.

This time, he and Kotta would enter the shop first while Tusheintar would serve as a lookout.

Karrtik suggested this new arrangement as Kotta and Tusheintar appeared to be losing interest in the robbery.

A 36-year-old manager of OT Credit was alone when the trio entered the shop.

On closed-circuit television footage played in court, Kotta is seen rushing towards the manager. He points a knife at her and holds her by her hair while stashing money into a bag.

Karrtik received $14,500 for his involvement in the robbery. 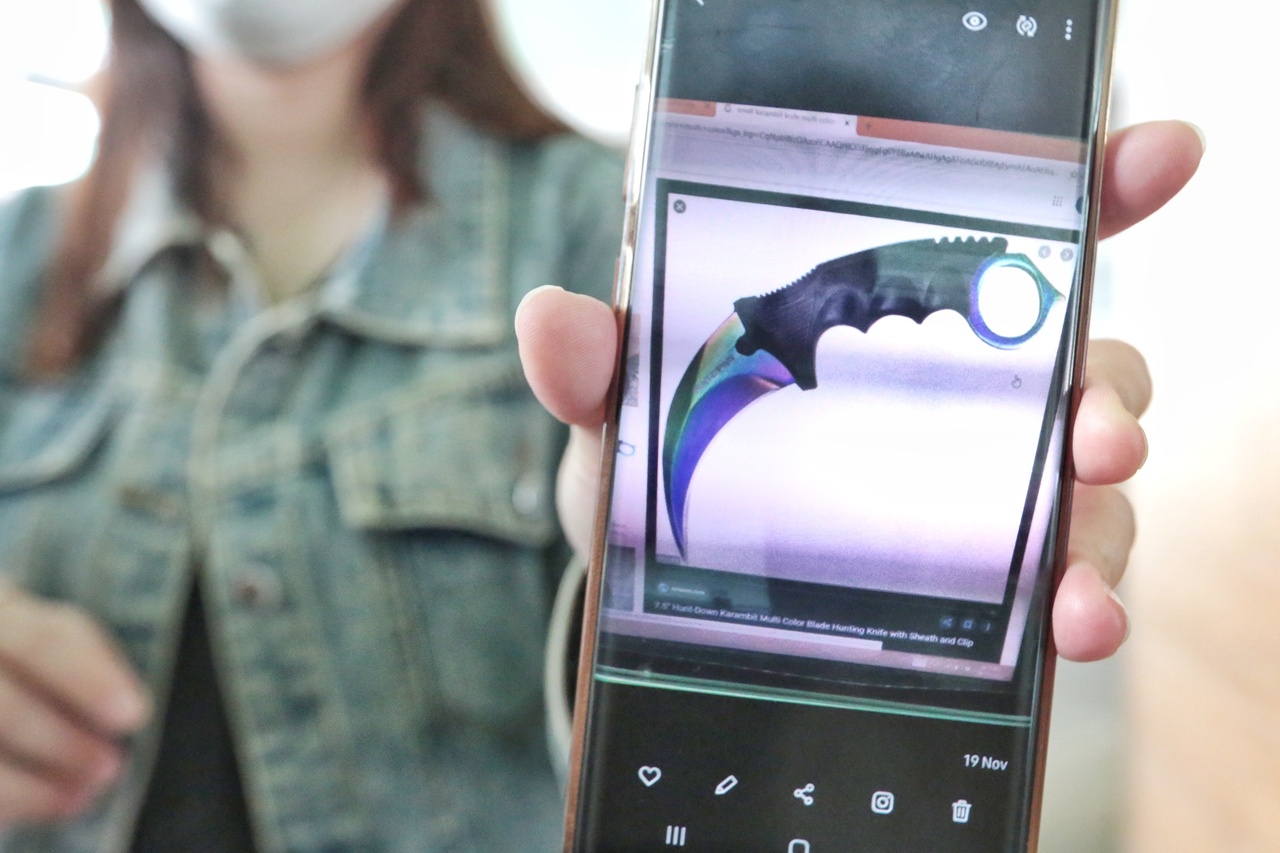 The trio went to Bugis to buy new clothes, and Karrtik bought an iPhone 12 Pro Max for his then girlfriend.

The men were tracked down by the police and arrested in Geylang at 1.35am the next day.

Separately, on March 16, 2020, at about 5.30pm, Karrtik got into a fight with another man, K. Dheenan Leroy, who brought a Swiss army knife to confront him.

Karrtik's brother-in-law, Selva Vinayaga Prakash Ravoo, was with him and both men armed themselves with stun guns.

A fight broke out in which Dheenan stabbed Selva. Karrtik jumped in front of Dheenan to protect Selva but was stabbed in his left shoulder.

When Dheenan fled, Karrtik picked up the knife and chased Dheenan to an HDB block in Jurong West Street 91. He then punched Dheenan in the head and stabbed him in the right leg several times.

Karrtik and Selva were traced by the police and their stun guns were seized.

For voluntarily causing hurt while committing robbery, Karrtik could have been sentenced to between five and 20 years' jail and at least 12 strokes of the cane.

Related Stories
'We are really unlucky': Employee of Jurong moneylender robbed twice in 5 months
On-duty Aetos officer robbed Jurong shop of over $24k with note saying: 'I got gun in my pocket'
Armed robbery of $48k in Jurong: 3 youths held female employee at knifepoint and confined her in room
More About:
weapon
armed robbery
robbery
Jurong East
jail
caning
court