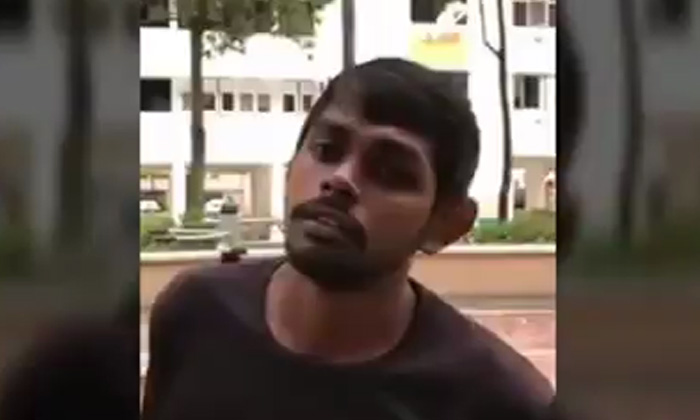 A man had admitted to urinating at the void deck of Block 60 New Upper Changi Road and had refused to clean it up even after being confronted.

In a video that was posted on Facebook, a guy's voice is heard calling for the man who was in a black T-shirt and had reportedly urinated at the void deck.

This guy needs to be taught a lesson. He urinated at Blk 60 new upper Changi road void...

The man was speechless for a few seconds as the other guy questioned him for urinating at the void deck, saying that there was a coffee shop where he could use the toilet.

The guy, who was recording the video, repeatedly told the man in black to clean up his urine, to which the latter replied: "Give me tissue la."

The other guy then retorted: "What tissue? You go and bring water and clean."

He also explained how difficult it was for the cleaners to wash the floor.

The man in black is heard telling the other to "go home and I'll clean" several times, but the latter insisted that he clean it immediately.

"Yes fair," the man in black had replied when the other guy asked him to clean it up since he had urinated.

However, despite initially agreeing to clean up after himself, the man in black ended up saying, "Fine, call the police," before walking away.

Related Stories
Haig Rd resident 'sick' of perpetrator frequently urinating at staircase
Karma is when naughty kid pees on control panel and gets stuck in lift
Adults help child to relieve herself in trash bin -- metres away from shopfront
More About:
public urination
inconsiderate