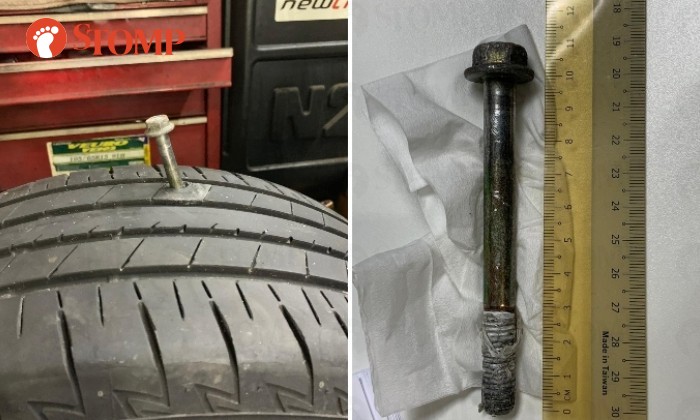 Imagine driving along the road, suddenly hearing a loud pop and realising that a large screw had punctured your tyre.

Then comes the hassle of stopping your car, calling roadside assistance and paying for a new set of tyres.

Stomper Ian went through just that when his car ran over a large screw along Aviation Park Road on Dec 16, which ended up puncturing one of his tyres. 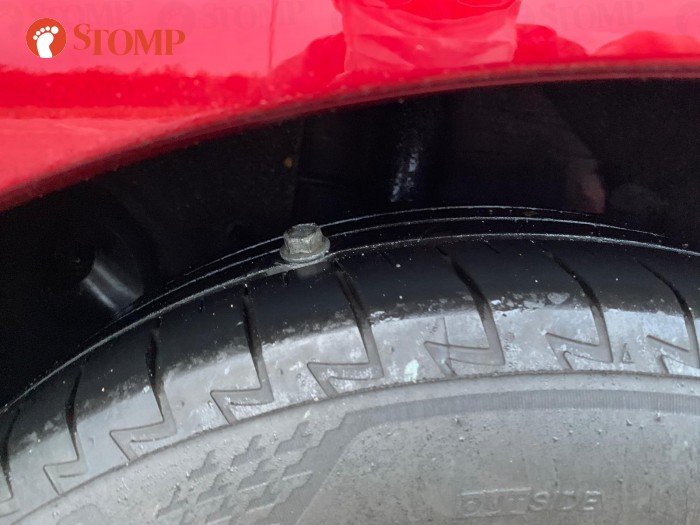 "I saw an article on Stomp about a man who had to pay $500 for a new tyre after his motorcycle ran over a large screw. I want to share a similar experience that I had," Ian said.

"I was driving in my Mazda 6 when I heard a loud pop. Then, the ride became super bumpy," Ian said.

"I had to stop my car and ended up calling for roadside assistance to solve this issue with my tyre.

"I ended up paying $20 for a temporary tyre patch but I will eventually have to replace the punctured tyre with a new one. It costs about $400 to $480 for a set of two tyres."

Ian added that he measured the screw with a ruler and saw that it was roughly 11cm long.

"This has never happened to me before but I am concerned because these large screws could have dropped from tipper trucks or other construction work," he said.