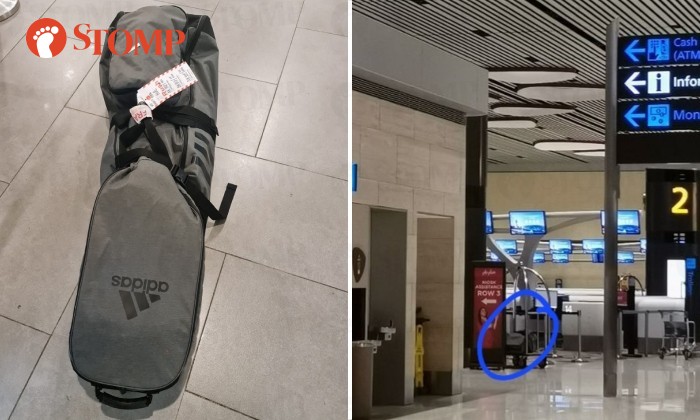 His holiday was ruined.

When Stomper Chong arrived at the Kuala Lumpur airport, he discovered that his golf clubs did not arrive with him.

This was especially frustrating for him because he had earlier asked the AirAsia staff at Changi Airport to check on his clubs three times.

The Stomper had booked to fly on the low-cost carrier from Singapore to KL on the morning of Nov 5.

"After I checked in at the counter, a female ground staff member directed me to put my golf set on a trolley that was left unattended in an area where there was no other staff in sight," recounted the Stomper. 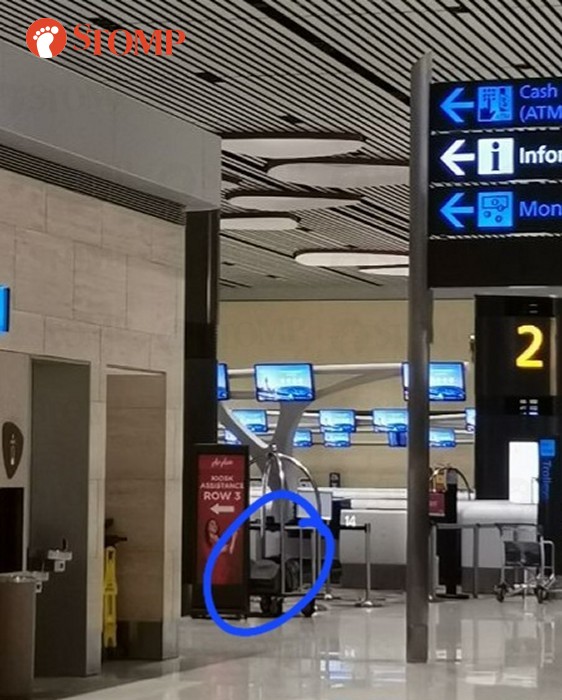 "Feeling uncomfortable, I asked the lady if my golf set would be loaded onto the plane that I was taking. I also reminded her of my flight time repeatedly. She told me not to worry and said the staff would come and pick it up. She went to the restroom right after that.

"I still did not feel very comfortable. So I went to the counter and told a few staff members that my golf set was in the area where no one was around. I asked if it would be loaded onto the plane I was taking and kept reminding them of the flight time. They again reassured me that it would be taken care of.

"So I went through the immigration and proceeded to the boarding gate. As usual, the flight was delayed.

"While I was waiting at the seating area, I saw that they had started loading the baggage. Out of curiosity, I wanted to see how my golf set would be loaded. To my surprise, when they started to remove the conveyor truck from the plane, I didn't see my golf bag.

"I had a really bad feeling, so I went past the boarding gate and checked with the ground staff if my golf set had been loaded. I showed her my baggage receipt. She replied that it had been checked in and asked me not to worry.

"After landing, I waited in the odd-size baggage collection area at KLIA2. I waited until the gate in the conveyor machine was closed. Nothing came out. I knew they messed up again. I went to the office and the staff assisted me with the delayed baggage procedure.

"The rest is history." 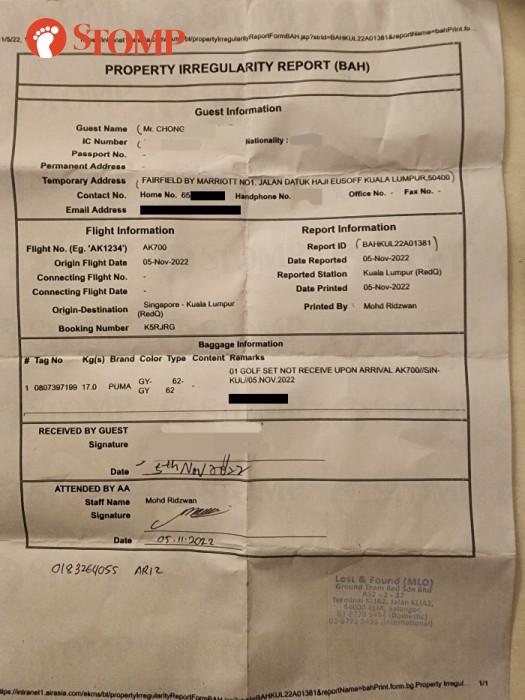 Even though the Stomper received his golf set later that day, it was too late.

"I lodged a complaint requesting an apology from the staff who were responsible and also compensation for the two hours wasted in the airport and the golf game missed."

In response, AirAsia said: "We regret to inform you that we are unable to reimburse for the loss as your golf set was delivered to you within the same day.

"However, if you have purchased travel insurance, you may want to check with the providers if you could be reimbursed back on your loss and we are able to assist you accordingly with an insurance claim if any."

So the Stomper submitted his request to the company again, adding that he did not buy travel insurance.

Responding again, AirAsia said: "Regards to your case, we apologise for the inconvenience you experienced and we understand no amount of words can alleviate the disappointment you feel. However, after checking with the relevant team, you have our assurance that we are looking into this matter and taking steps for our improvement.

"As much as we would love to fulfill your request for compensation for the delayed delivery of your golf set, we regret to inform you that we will not be able to process your request."

This left the Stomper frustrated.

"Eighty per cent of the frustration actually comes from the fact that despite my three reminders, they still committed such an undesirable mistake. My reminders were heard, but no action was taken," he said.

"To them, it might just be taken as a day-to-day hiccup, but to travellers like us, it was a beautiful holiday ruined.

"We are flying budget, but we are not cheap."