Man force-fed vodka to 13-year-old girl, sodomised and raped her over 2 hours at Kallang Riverside Park 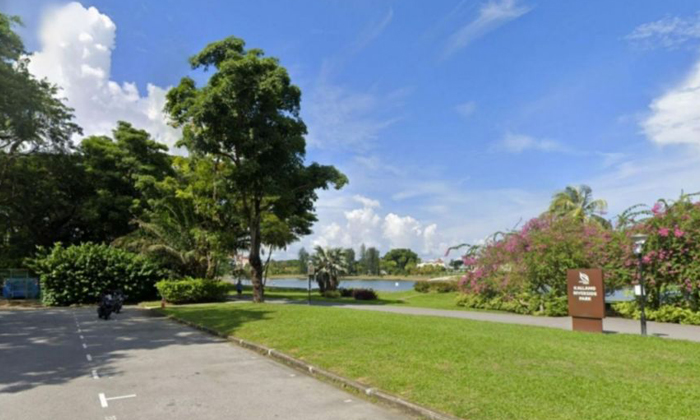 A 35-year-old man who force-fed vodka to a 13-year-old girl and then brutally raped and sexually assaulted her over a harrowing two hours was sentenced to 28 years' jail and 24 strokes of the cane on Friday (March 19).

Muhammad Alif Ab Rahim had pleaded guilty to one count of rape of a minor and two counts of sexual assault by penetration of a minor for the attacks, which took place between about 9pm and 11pm on Oct 24, 2017, at Kallang Riverside Park.

Alif, who started his criminal career at the age of 21, has been jailed five times between 2007 and 2014 for theft, cheating, robbery, criminal breach of trust and sexual assault by penetration.

The victim, who is now 16, cannot be named due to a gag order to protect her identity.

The High Court heard that she struggled and cried throughout her ordeal, but Alif hit her, repeatedly blocked her when she tried to escape, and covered her mouth to muffle her shouts. He also threatened her twice after the attack.

Voice messages sent by the victim to her friends and an aunt after the rape, in which she cried as she told them she had been raped by "uncle", were also played in court.

The court heard that the victim was friends with the son of Alif's girlfriend at the time. Alif occasionally stayed over at his girlfriend's house and the victim called him "uncle".

On the evening of Oct 24, 2017, the victim went to deliver cigarettes to a friend, and along the way, decided to go to the Kallang Riverside Park.

She ran into Alif, who suggested that they buy drinks and go to the park to chat.

They sat at the end of the jetty in front of the river and Alif took out a bottle of vodka from his bag. He asked if she wanted some, but she declined and drank cola instead.

After drinking a few cups of vodka mixed with cola, Alif leaned forward and kissed the victim.

Shocked, she moved away but he snatched her phone, sat on top of her and lifted her shirt and molested her.

She shouted for help several times, but no one was around to hear her cries as they were in a secluded part of the park.

As the victim shouted, he put the bottle of vodka to her mouth, pressed her cheeks to force open her mouth, and poured the alcohol in.

When the victim tried to run, he pushed her against the fence and blocked her escape. He then dragged her to the ground and sexually assaulted her.

He pressed the victim down by the wrists, slapped her face when she resisted and covered her mouth with his hands.

He continued to force-feed her vodka as he raped and sodomised her and forced her to perform oral sex on him.

After her ordeal ended, Alif warned the victim not to tell anyone about what happened before he left.

The victim, who was in pain, eventually managed to crawl from the jetty to a grass patch near the toilet.

She then sent voice messages via WhatsApp to her aunt, a friend and the friend's mother telling them she had been raped.

However, she was too dizzy from the pain and alcohol and was unable to give them clear directions.

As she lay on the ground, the victim hoped to be rescued by a passer-by but instead, Alif returned on a shared bicycle and again threatened her not to tell anybody before leaving again.

The victim's friends went to the park to search for her and ran into Alif, who asked them if they had seen the girl's mother before he cycled away.

Soon after, the victim's friends heard her cries and found her.

She told them she had been raped by Alif. The victim's grandparents also arrived at the park and called the police.

Alif returned to the park with his girlfriend and met the victim, her friends and grandparents.

The girl managed to point out Alif as her assailant before she collapsed.

He denied raping the victim and threatened the victim's grandmother that if anything happened to him, he would harm the victim's family and that he was "a wanted man".

The victim was taken to the hospital by ambulance.

Hours later, at about 5am on Oct 25, 2017, police officers arrived at the home of Alif's girlfriend, but he locked himself in the bedroom. The officers broke in and found him hiding inside a cupboard.

He lied to the police, saying that he was looking for his girlfriend at the park and never met the victim that night. However, a year later while in remand, he changed his story, claiming that the victim came on to him and asked him to have sex with her.

His semen was found on the victim's body and clothes.

The girl suffered bruises on her wrists and abrasions to her elbow and knees and back.

She was assessed to have symptoms of trauma and received counselling to help her overcome her fear of strangers.

Alif's lawyer, Ms Gloria James, told the court that he was assaulted while he was in prison.

Justice See Kee Oon said it is not clear how the assaults had any direct connection to the current case. Even if it did, it was not a relevant consideration to reduce Alif's sentences.

Related Stories
Cleaner with paedophilic disorder sexually assaulted all of his 3 daughters over 14 years
Man sexually abused daughter since she was 9, progressed to raping and punishing her at 15
20-year-old man grabbed woman from the back, covered her mouth with t-shirt at void deck
More About:
Rape
sexual assault
court