Man fishes at Punggol Waterway despite warning signs around 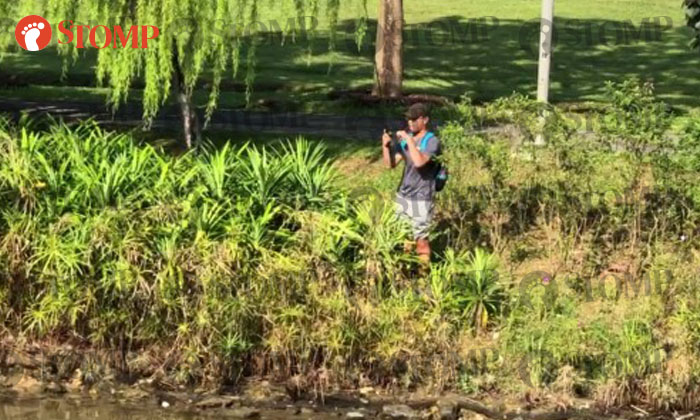 A youth was captured on camera illegally fishing at Punggol Waterway on Dec 25.

Stomper Ray, who is a nature lover, spotted the youth while he was brisk walking in Punggol Waterway Park at about 9.20am.

He stopped to take a video of the incident and sent it to Stomp.

The Stomper said: "I am a resident of Punggol and I am quite angry at the young man's behaviour.

"Around the park, there are many signs that warn park-goers not to fish at the waterway.

"Furthermore, I did see a jogger inform the youth who was fishing that his actions were not allowed, but he kept on fishing."

Ray said that although it is the first time he has witnessed someone fishing at Punggol Waterway Park, he has seen people fishing at MacRitchie Reservoir before.

According to the NParks website, fishing is not allowed at Punggol Waterway Park.

Related Stories
Youths fishing at Merlion Park have been identified and will be counselled: PUB
Man catches anglers fishing and people cycling illegally at 3 nature reserves
We've been doing it wrong: Here's a 'smarter' way to catch loads of fish
More About:
fishing
nature
illegal