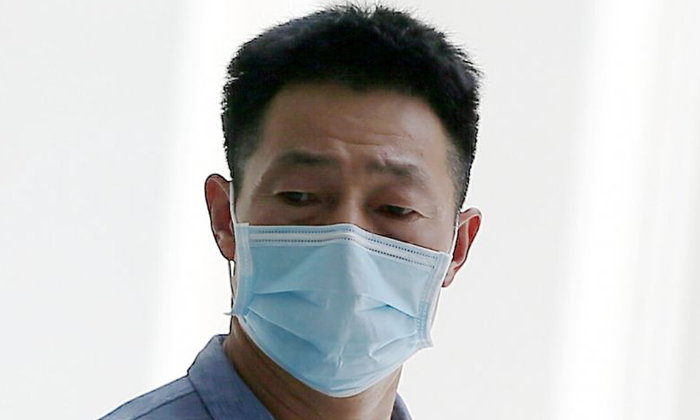 A construction worker, who said he had received text messages stating that somebody had withdrawn more than $1,000 from his account, breached his quarantine amid the Covid-19 outbreak as he wanted to visit his bank and inquire about these unauthorised transactions.

Chinese national Liu Dufeng, 50, left his Genting Road dormitory near Kallang Way on Feb 21 and walked to MacPherson Road - only to realise that the POSB branch was no longer there.

He then returned to his dormitory after spending 1½ hours outdoors, the court heard.

Liu was fined $2,000 on Thursday (June 11) after pleading guilty to an offence under the Infectious Diseases Act.

He had been suspected of being a contact of a Covid-19 case and was ordered to be quarantined from Feb 12 to 24.

According to Liu, he later received a text message from DBS bank at around 8am on Feb 14 stating that somebody had withdrawn $1,000 from his account.

The court heard that six days later, he received another text message from the bank, telling him that RM900 (S$300) had been withdrawn from it.

Liu also said that he called the bank's hotline to resolve these unauthorised transactions but did not understand what the bank employee was saying.

He decided to personally visit a POSB branch in MacPherson at around 10.30am on Feb 21.

He put on a mask and left his dormitory without informing the authorities.

He then walked to MacPherson Road and found that the POSB branch was no longer there.

Liu later received a phone call from the operation management centre of security firm Certis asking him where he was.

He returned to his dormitory at around noon and Certis officers then served him an extended quarantine order, stating that he had to be isolated until Feb 25.

During investigations, Liu said that he did not interact with anyone during his journey to and from MacPherson Road.

Deputy Public Prosecutors Jane Lim and Phoebe Tan urged the court to sentence him to a fine of $2,500, saying his breach was minor.

He had also worn a mask while outdoors and there was no evidence to show that he had come in contact with others after leaving his place of isolation, they added.

The prosecutors also said that Liu’s sentence should be lower than that of another offender, Indian national Vardireddy Nageswara Reddy, 35, who was given a $3,500 fine last month after pleading guilty to an offence under the Infectious Diseases Act.

They said that this was because Liu’s reasons for leaving his place of isolation was “arguably less frivolous” than Vardireddy’s.

Vardireddy had earlier been ordered to be isolated at his Compassvale Close home from Feb 16 until noon on Feb 25.

He, however, left his flat around 8.10pm on Feb 24 and went to Compass One shopping mall in Sengkang Square to buy a shaver.

First-time offenders convicted of the offence can be jailed for up to six months and fined up to $10,000.