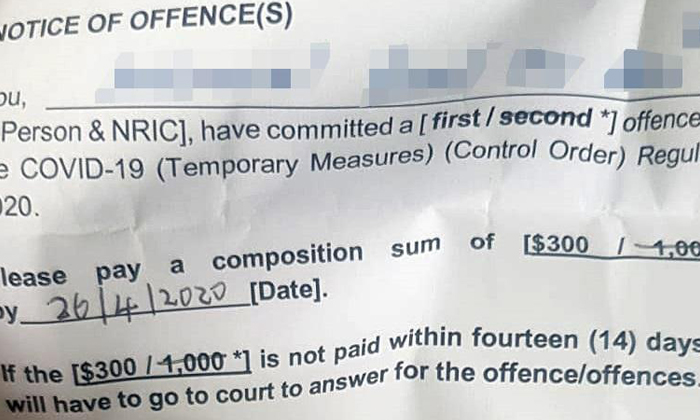 A man was fined $300 for not complying with elevated safe distancing measures after being caught chatting to a friend at a bubble tea store.

According to Shin Min Daily News, the 30-year-old civil servant ('Yami') had gone to Tiong Bahru Plaza to buy bubble tea for his family on Sunday (Apr 12).

Yami ran into a friend while waiting for his takeaway order outside the bubble tea store.

The pair started chatting, but failed to maintain a safe distance between each other.

Yami told Shin Min: "Enforcement officers suddenly appeared and asked us for our personal details. They checked our Identification Cards and issued us a summons each.

"There were a lot of people around at that time and everyone was watching us, so we quickly gave our particulars and left."

Both men received a summons that required them to pay a $300 fine before April 26. 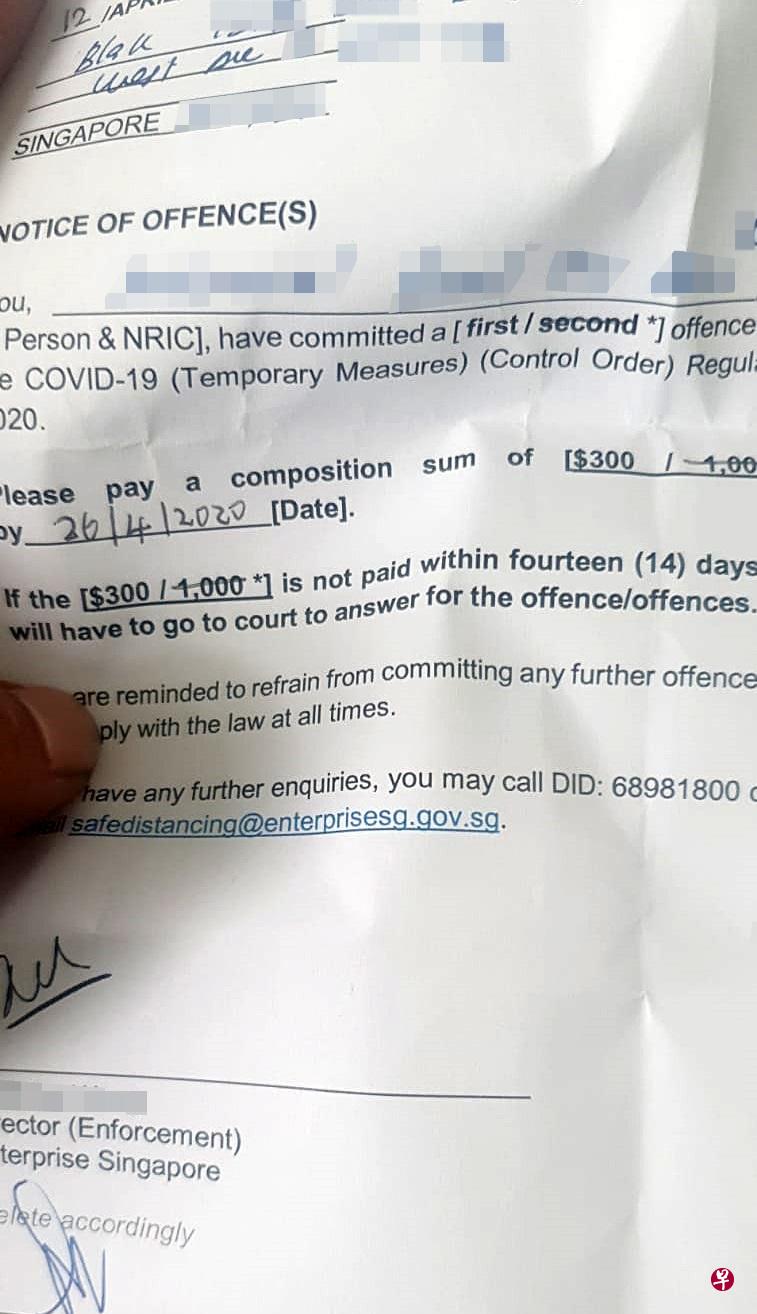 Responding to media queries, Enterprise Singapore confirmed that it had issued summonses to two members of the public for violating safe distancing measures.

A photo of Yami's summons has gone viral online, along with unverified claims of why he was fined. The claims vary from message to message. 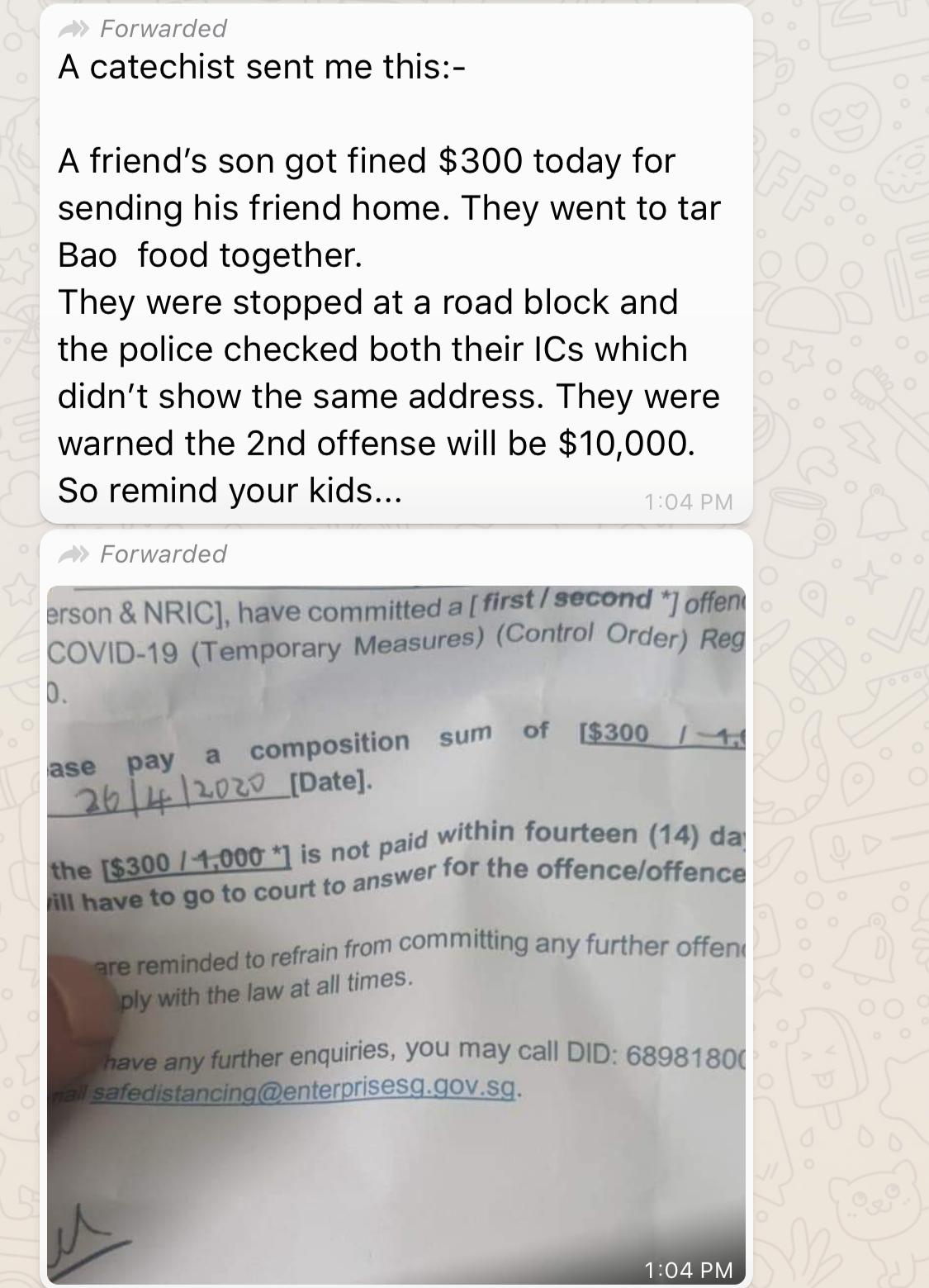 Others claimed that enforcement officers had issued the summons after an unannounced home inspection detected people who were not living in the same household.

There was also a version claiming that the police had issued the fine at a road block, though this has been debunked by the authorities.

Yami refuted all these as "fake news" and acknowledged that he was fined because he did not adhere to safe distancing measures.

He also said he is unsure of how a photo of his summons was leaked online and told netizens not to believe any of the fake messages.