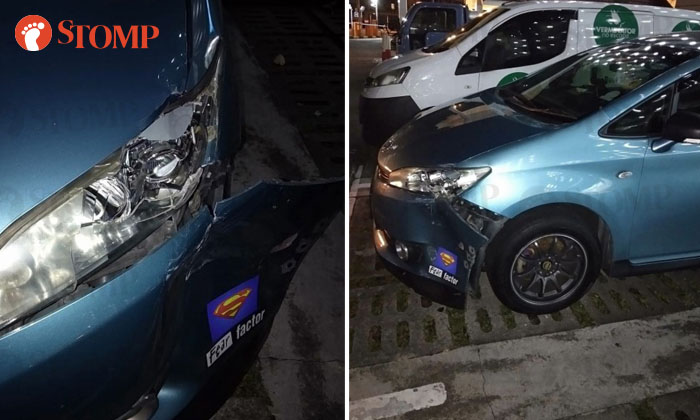 Stomper Jasmin found his car badly damaged after leaving it parked at an open space carpark near Block 37 Circuit Road on Dec 26.

He is looking for eyewitnesses or evidence on the hit-and-run incident, which also left his front headlight broken.

He told Stomp: "I had parked my car there at about 1.30am and returned to it at about 6.30pm, only to find it badly damaged with its headlights completely smashed."

He took pictures of his car and sent them to Stomp.

In the pictures, part of the front of his blue car is jutting out and the left headlight has been smashed in.

Jasmin also took pictures of a nearby CCTV camera and the block number of a nearby block where the incident took place. 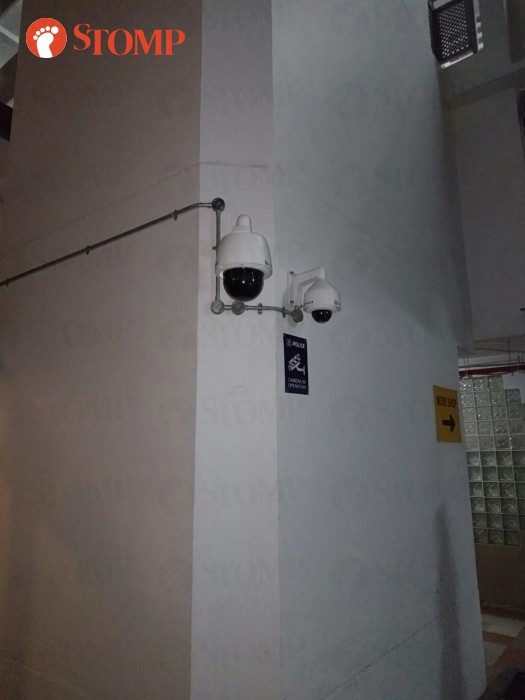 Jasmin made a police report on Dec 26.

In response to a Stomp query, the police said: "The police confirm that a report has been lodged and investigations are ongoing."

"I hope that someone will come forward with any piece of evidence to help me find the culprit who hit my car," the Stomper added.