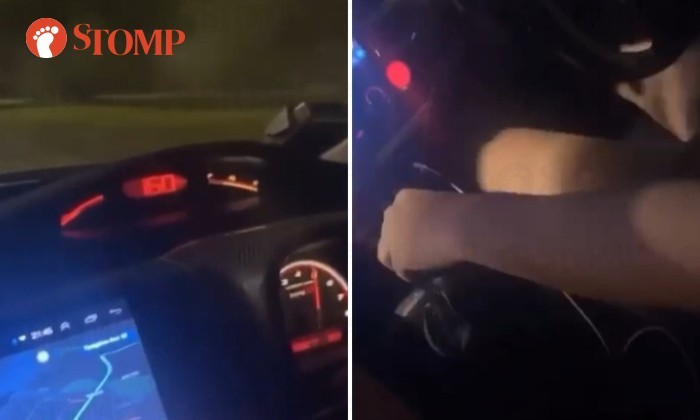 The passenger in the car who filmed a video of his friend speeding at 160kmh has spoken up to say that the video was taken two years ago in Malaysia.

He told Stomp: "I am the passenger that took video of my friend driving at 160kmh. I would like to clarify that this video was taken two years ago in Malaysia.

"The video appeared on my Instagram memories as it happened to occur on the same day and I was just reposting it to mark the two-year anniversary of the video. But never thought it would have sparked such tension." 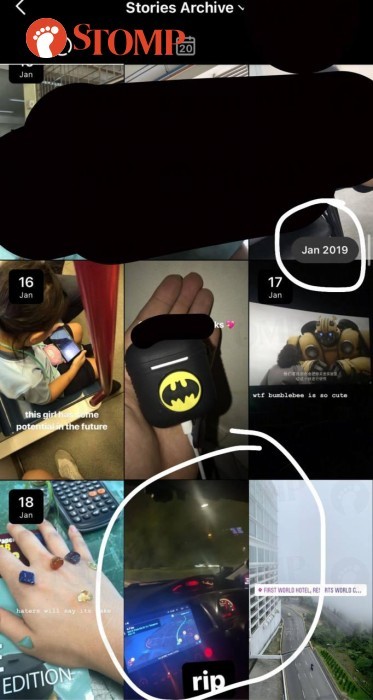 (Screenshots sent by the passenger in the car)

Yet another Instagram user has taken to social media to show off their, well, misdeeds.

Stomper Simon was scrolling through Instagram on Monday (Jan 18) at about 11pm when he chanced upon a particular video that shocked him.

The video shows someone in the passenger seat of the car recording the driver going at 160kmh along an expressway, according to the speedometer.

The video also appears to have been taken late at night and no other vehicles can be seen on the road.

"The account that this video was posted on belongs to the man in the passenger seat," Simon explained.

"It is my first time seeing someone drive so fast! I was shocked.

"Such acts are dangerous and I feel that his license should be taken away from him."

Under the Road Traffic Act, those who drive a motor vehicle on a road recklessly, or at a speed or in a manner which is dangerous to the public, shall be guilty of an offence.

In October last year, there were two reported cases of people filming their friends speeding along the expressway and subsequently posting it on Instagram.

The first case involved a Secondary 4 girl who took a video of her friend driving at 177kmh. The caption that accompanied the video was "another day, another death".

The second was in late October where a driver was seen going at speeds of up to 184kmh.