Man exits truck twice in middle of the road to confront car driver, tries to pry open his door 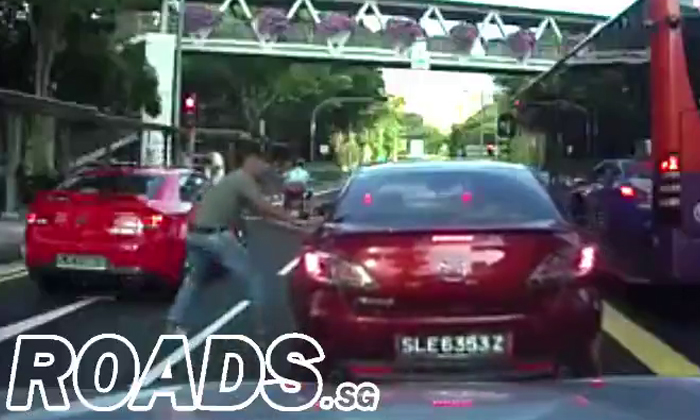 A man got down from his truck twice to confront a car driver during a dispute -- in the middle of the road.

According to ROADS.sg who posted a video of both confrontations, the incident occurred at around 8.45am on Sunday (July 8), in Toa Payoh.

However, it is unclear what sparked the dispute.

The video shows how a woman had been present at the scene during the first altercation between both drivers. 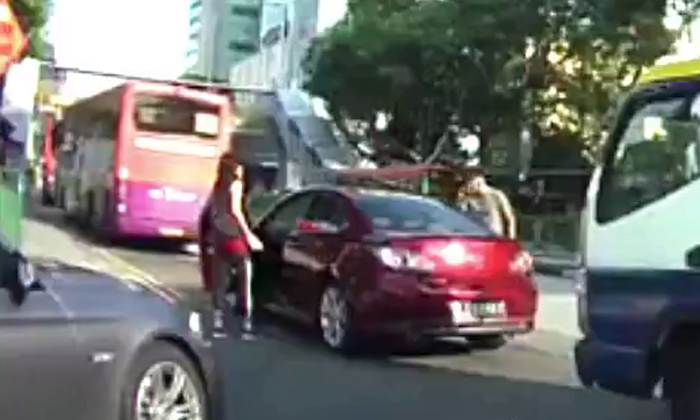 It is unclear whether she was a passenger on the car and if she was involved in the dispute.

In the second altercation, both motorists had stopped at a traffic light when the truck driver exited his vehicle and walked towards the car.

The truck driver then tried to pry open the car door from the passenger's side, but was unsuccessful. He also appeared to be scolding the car driver while pointing angrily at him.

Just like when it seemed like his tirade was over, the truck driver stalked towards the driver's side to continue his rebuke.

The traffic light had turned green by this time and another man ran out to get the truck driver back to the roadside. 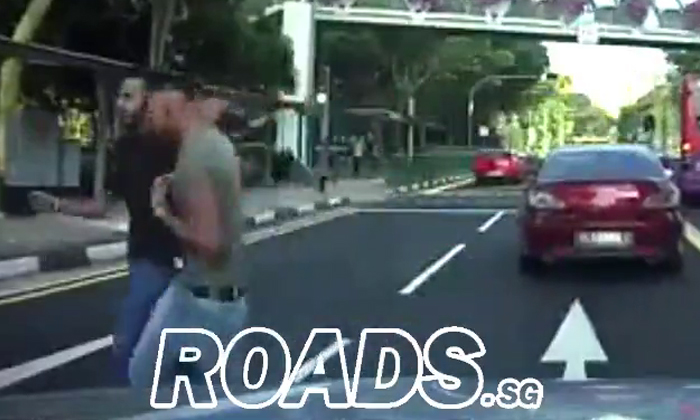 ROADS.sg said in its caption that a police report was made.

Netizens slammed the truck driver's actions and said there was no reason to behave in that manner, regardless of what the other party might have done.

On the other hand, some felt that the video showed only one side of the story and believed that the car driver had done 'something' to provoke the man.