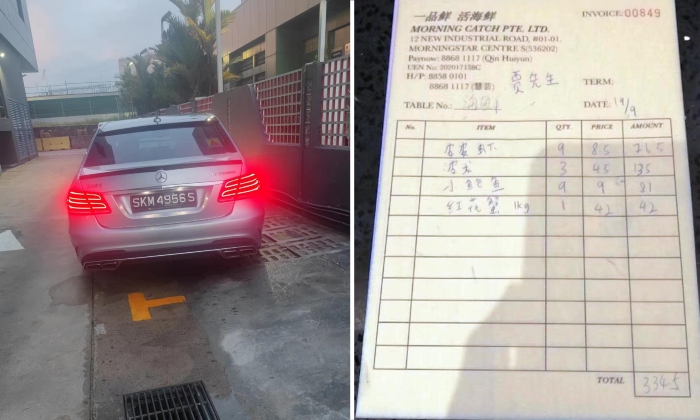 A man driving a Mercedes allegedly went to a shop in Bartley Road to purchase live seafood but drove off without paying the $334.50 bill.

A request has since been put up on Facebook seeking the driver to return to the shop to make payment.

The social media post, which identified the driver as a “Mr Jia”, included a picture of the receipt, the sum owed, and even a photo of the Mercedes.

According to Shin Min Daily News, the man arrived at The Morning Catch Seafood restaurant at 7.50am on Sept 19 and bought three American lobsters, nine mantis shrimps, nine baby abalones, and 1kg of flower crabs.

The shop owner told Shin Min she was not around at the time and learnt about the incident from her staff.

Her employees told her that the man claimed to know the owner of the shop and said he would make a funds transfer for the purchase later on.

When staff asked for his contact details, the man said he was in a rush before driving off. 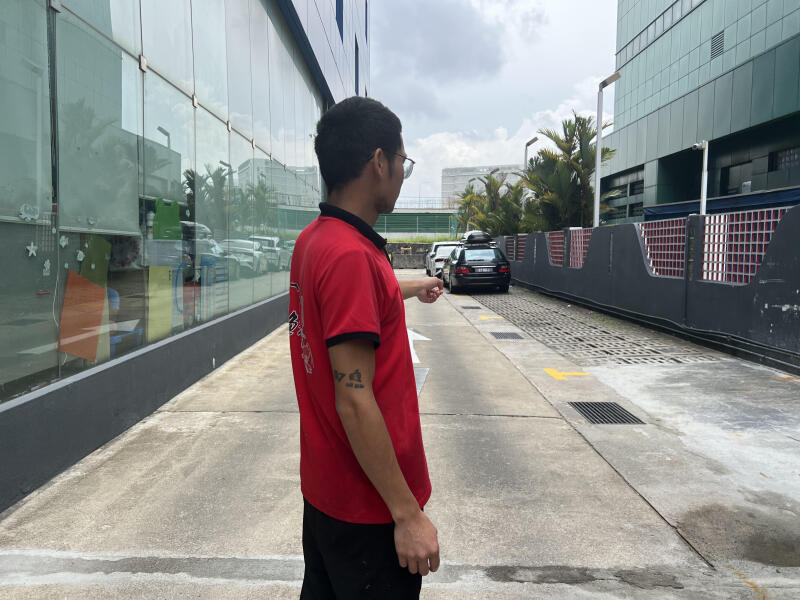 One employee, though, managed to take a photo of the silver Mercedes the man was driving. His face was not captured by the surveillance camera.

Clarifying that she likely does not know this Mr Jia, the shop owner said: "Generally, regular customers will contact me directly to place an order, and I only tell the staff what time the customer will come to pick up the goods.

"I would not tell the customer to come to pick up the goods and leave without paying.”

She said she has already given five days' grace to the customer to return to make payment, and has since made a police report.