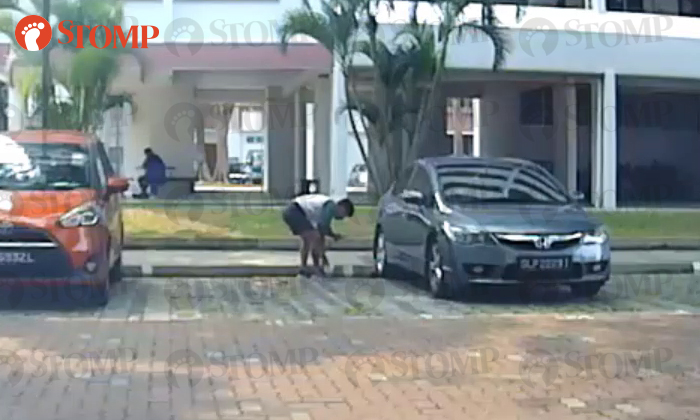 A man was caught on camera leaving his unwanted trash at a carpark in Bedok and then driving away in his car.

Stomper Jerry witnessed the incident at Block 102 Bedok North Avenue 4 on Tuesday (Nov 12), at around 11.45am.

Jerry, who contributed a video of the incident, told Stomp: "I was in my car waiting for someone and texting when I noticed the man.

"Initially, I saw him standing there but ignored him.

"After he drove off, I noticed two plastic bags on the floor and I thought he had left both behind.

"After viewing the video (the time-stamp is not accurate), I saw that he left only one bag behind. Could the other one was also left there by him earlier? I am not sure."

In the video, the man can be seen drinking from a cup and then bending down to place it on the ground. He then got into his car and drove off.

Asked how he felt about the man's behaviour, Jerry said: "I am sure he knows littering is an offence but still he did it."