Man dragged GF by hair, kicked and stomped on her head in unrelenting assault 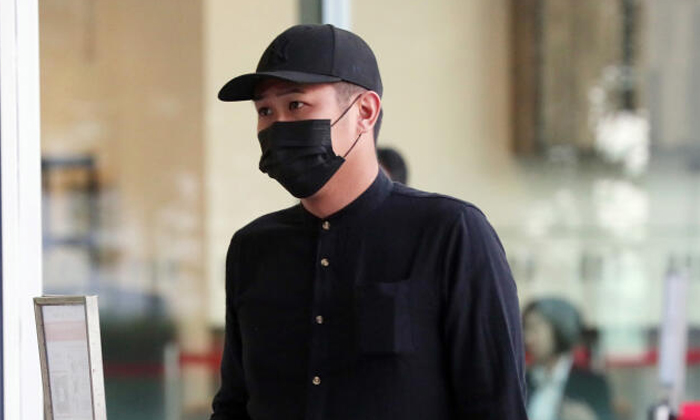 A lovers' quarrel turned violent when a man dragged his girlfriend by the hair and kicked her head repeatedly as she laid on the ground outside Rumours Beach Club in Sentosa.

On Wednesday (June 23), Rahiman Rahim, 31, was sentenced to two months' jail for the four-minute assault which left the 32-year-old woman with injuries, including a black eye and a suspected nose fracture.

One charge of not wearing a mask during the incident was taken into consideration for his sentencing.

The couple have since broken up.

In closed-camera television footage played in court, Rahiman can be seen kicking and stomping on the woman's head and back as well as throwing her belongings at her head while she was on the ground.

Deputy Public Prosecutor Kwang Jia Min called the assault "particularly cruel" as Rahiman targeted vulnerable parts of the body and "did not relent even when the victim was lying on the ground defenceless".

The court heard that the pair went to the club on July 29 last year for a drinking session with friends and got into an argument at about 8pm.

Sometime between 8pm and 8.59pm, they went outside the club where Rahiman assaulted the woman for at least four minutes. At least seven members of the public walked past, but none stopped to intervene.

The police received three calls between 8.56pm and 9.06pm.

Finally, a witness separated Rahiman from the woman and told him that the police were coming. Rahiman went back to the club.

At that point, the victim was lying on the ground and crying in pain.

Rahiman told the police that he had lost control during the argument.

The next day, the woman went to Ng Teng Fong General Hospital. She was discharged on the same day with no medical leave.

An X-ray showed a suspected nasal bone fracture that required further review but she did not turn up for subsequent appointments.

The victim later said that she felt traumatised that someone she loved had done this to her.

Rahiman was represented by lawyer Audrey Koo, who urged the court for a six-week jail term. She told the court that the argument started because the victim tried to hit a club bouncer and he had to restrain her.

However, District Judge Tan Jen Tse said Rahiman would have had enough time to cool down after the argument in the club, and that the "prolonged and savage" attack occurred in a public place.

On Wednesday, Rahiman was also fined $1,000 over a separate incident in November last year at Chinatown Point. During an argument, he pushed a taxi driver's hand, causing him to drop and crack his mobile phone.

One other charge of using threatening words to cause distress to the driver was taken into consideration.