Man dies due to "alarming lapses" at River Valley's Spize: Food handlers not registered with NEA, faecal matter in food, and more 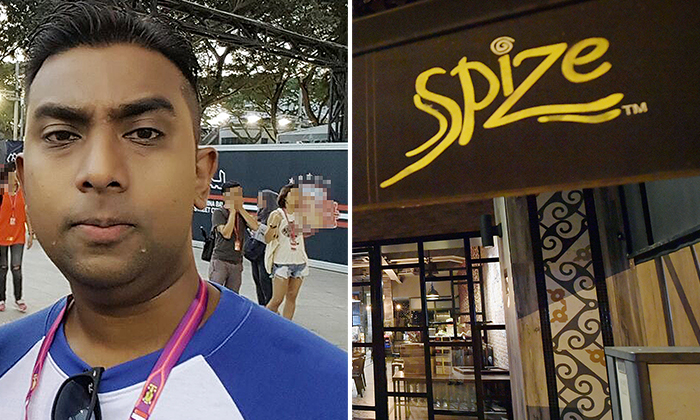 There were "alarming lapses" at the River Valley outlet of popular restaurant Spize that directly contributed to an acute gastroenteritis outbreak in which a man died after eating a bento set from the eatery, State Coroner Kamala Ponnampalam said yesterday.

In her findings into the death of 38-year-old Sats officer Mohamad Fadli Mohd Saleh, she noted that seven of the 34 food handlers at the eatery were not registered with the National Environment Agency (NEA). This means that they had not attended the basic food hygiene course.

She said that the premises of the Spize outlet, where the bento set was prepared, were found to contain strains of salmonella. Faecal matter was also detected in some belacan egg fried rice as well as on kitchen tools such as a chopping board and a knife.

"In addition to the lapses in hygiene, it was discovered that unlicensed premises on level two of the Spize restaurant were used for the preparation of raw vegetables," said State Coroner Kamala.

She said that 88 bento sets were prepared at Spize's River Valley outlet between 9.30am and 10.30am on Nov 6 last year.

Fifty-seven of them were then taken to the Kaki Bukit office of Brink's Singapore, a security company, for a Deepavali celebration, and the food arrived there around 11.30am. An invoice from the eatery stated that the food had to be eaten within an hour of delivery "to guarantee freshness".

The invoice also stated that Spize would not be liable for the health of those who consumed the food beyond the recommended time.

Mr Mohamad Fadli, a father of two, attended the gathering as he had been deployed to Brink's Singapore, though the event itself did not involve Sats.

The State Coroner said that he ate the food after 2.53pm, fell sick and was taken to hospital on Nov 8, two days after he had consumed the food. Six days later, he died of sepsis and multiple organ failure after suffering acute gastroenteritis.

There were seven food poisoning incidents in total linked to Spize's River Valley outlet between Nov 6 and 9 last year. Of the 221 people who consumed food prepared there during this period, 82 reported falling ill.

A joint inspection of the eatery on Nov 14 that year by the NEA, the Ministry of Health as well as the then Agri-Food and Veterinary Authority of Singapore revealed lapses which included preparing food outside the licensed kitchen area.

The NEA terminated the operating licences of the Spize restaurant in River Valley Road last December.