Man dies after being stabbed at Punggol Field in suspected murder: Cries for help heard 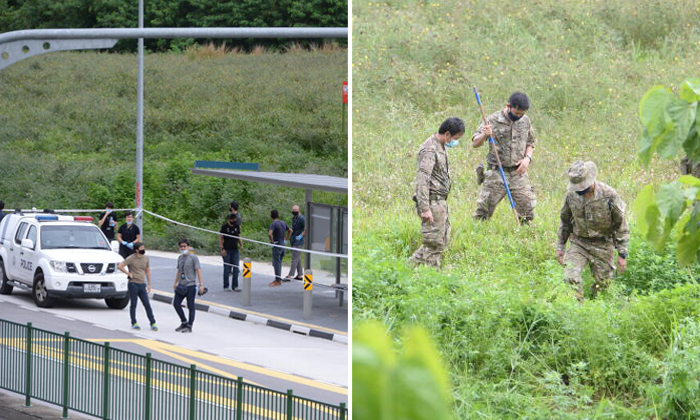 A 38-year-old man has died after he was found injured with multiple stab wounds in a suspected murder along Punggol Field on Sunday (May 10) night.

Police said they received a call for assistance at around 11pm on Sunday. Upon arrival, the man was found injured and he was sent to Sengkang General Hospital.

The man subsequently died from his injuries.

A resident who lives near the scene of the incident and had called the police told The Straits Times that he heard a cry for help while he was having a late-night snack in his living room.

The resident, who wanted to be known only as Mr Leong, 49, said: "At first it didn't occur to me that it was coming from downstairs at the park connector. So I hesitated for a while, and then I heard a second cry for help."

He said he went to his window to look outside and saw a man kneeling, then standing up and walking over to the back of a bus stop, where he collapsed on a grass patch.

"I decided to go down to see what was going on. I thought maybe the man had injured himself or he was having a heart attack," said Mr Leong, who works as a cabin crew member for an airline.

He added that there was a lot of blood at the scene, "all over the bus stop". (Mr Leong said he saw a man kneeling, then standing up and walking over to the back of a bus stop, where he collapsed on a grass patch. Photo: Mr Leong)

He recalled asking the man if he was attacked, and the man said yes.

"He kept saying he was losing breath, so I told him to relax and calm down, that help is coming," he added.

When the ambulance arrived, Mr Leong noticed that the man had a "deep gash" on the right side of his armpit.

He added that the man looked like he was out for a jog. "He wasn't wearing a mask, and was wearing a football jersey and jogging shoes," he said.

Anyone with information can call the police hotline on 1800-255-0000 or submit information online.