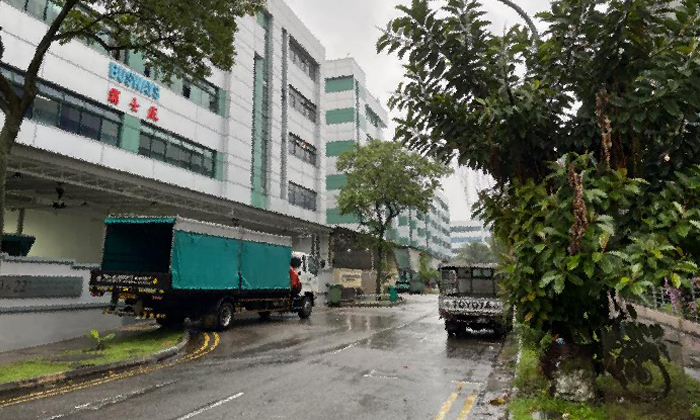 A migrant worker has been charged in court for fatally attacking a man with a wooden plank embedded with nails on New Year's Day.

Paneer Vetrivel, 26, an Indian national, was charged with voluntarily causing grievous hurt by dangerous weapon in a special sitting of the Criminal Mentions Court on Sunday (Jan 2).

Between about 1am and 1.25am on Jan 1, he is alleged to have hit Mr Rajendran Shanmugasundran, 37, with the plank near 20 Woodlands Industrial Park E1.

The police on Saturday said the two men were involved in a dispute at a dormitory in Woodlands Industrial Park.

Officers were alerted to the fight at about 1.25am, and found Mr Rajendran lying motionless on the ground with head injuries.

He was taken to hospital, where he later died.

Paneer was arrested and has been remanded for further investigations.

His case is expected to come up in court again on Jan 7.

If convicted of voluntarily causing grievous hurt with a dangerous weapon, he can be jailed for life and caned, or jailed for up to 15 years, caned and fined.

Related Stories
Chinese influencer and mum of 2 allegedly killed by fan for refusing to return $20k gift
Clementi death: Brother and 2 others have charge upgraded to murder of teenage girl
Man admits to consuming LSD on day he allegedly killed mum and grandma
More About:
death
dead
court
dispute
attack