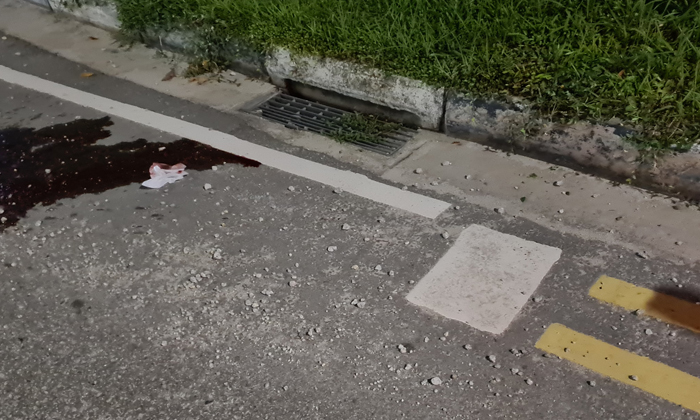 The incident occurred on the night of March 22.

In response to a Stomp query, the Singapore Civil Defence Force (SCDF) said it received a call for assistance at around 9.55pm and conveyed one person to Sengkang General Hospital.

The police, who received a call for assistance at 10.06pm, said the man was unconscious when taken to hospital and subsequently pronounced dead.

"It was subsequently established that the man had died of natural causes," a police spokesman told Stomp.

Photos posted on Facebook show gravel and what appears to be blood at the scene of the incident. 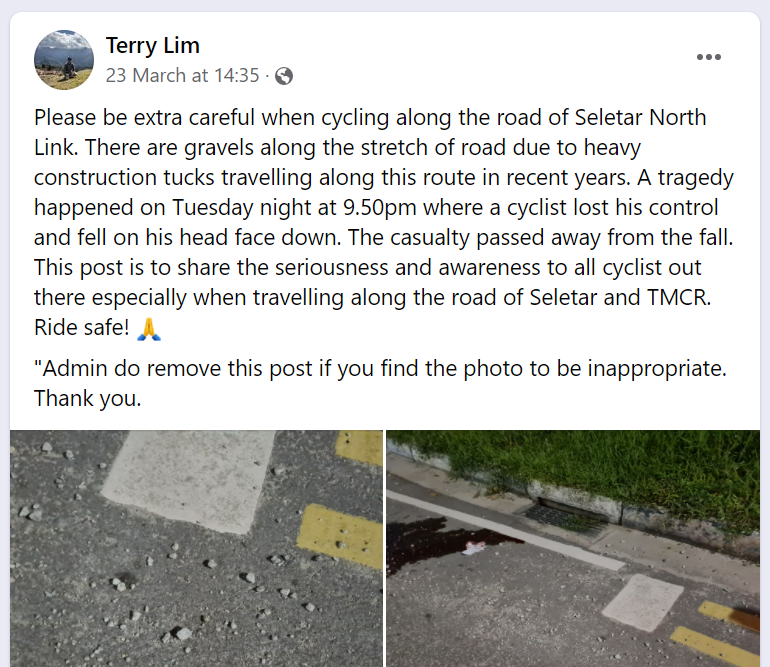 Facebook user Terry Lim said the man had been cycling along the road when he "lost his control and fell on his head face-down".

Lim also cautioned all cyclists to be "extra careful" when cycling along the same stretch of road.

Multiple netizens who responded to Lim's post noted that the area is known to be hazardous. 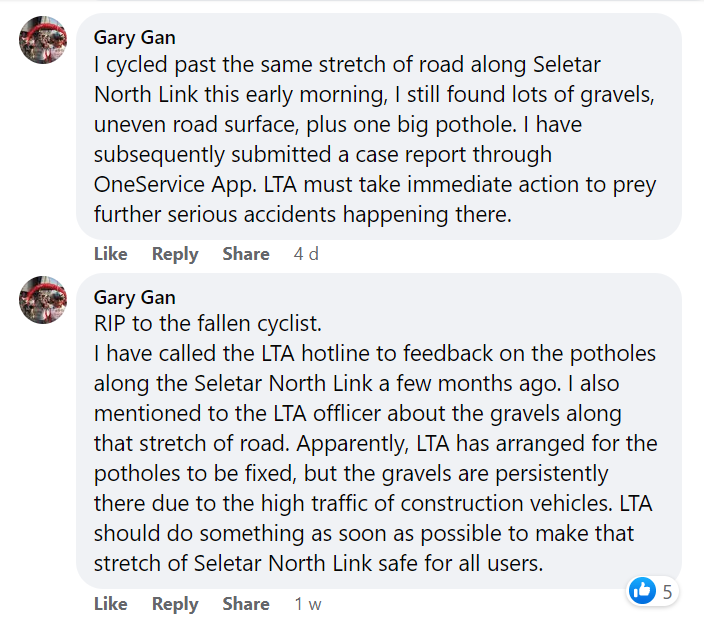 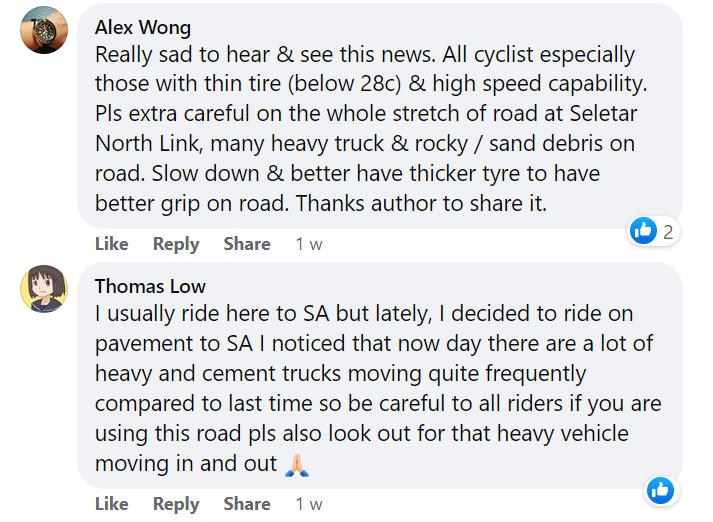 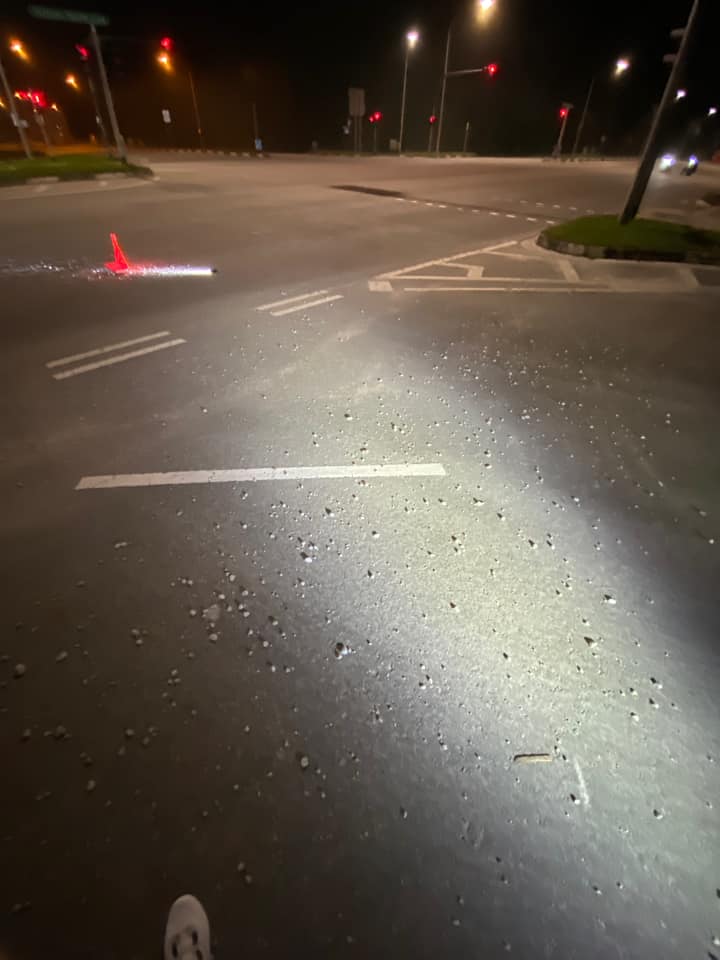 Some also advised cyclists to pay extra heed to the uneven road surfaces, heavy vehicle traffic as well as the high level of dust, sand and debris in the area.

Related Stories
2 workers die at Keppel shipyard after structure collapses, throwing them off scaffolding atop vessel
Technician dies in tragic accident in Tampines a day before he was due to take VTL home
Driver dies after getting thrown out of forklift that toppled at Tampines BTO worksite
More About:
dead
death
cyclist
fatal accident
accident
fall