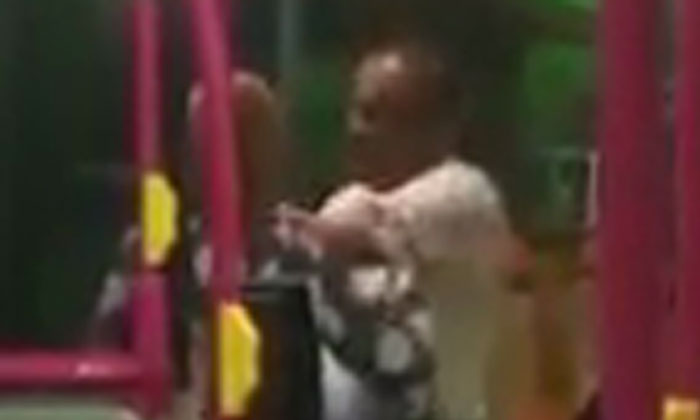 A man was caught on video creating a scene while boarding a public bus.

A video of the incident was posted on All Singapore Stuff's Facebook page but it is unclear when or where this happened.

In the video, the man appears to be in an argument with the woman he is with and starts shouting at her and gesturing wildly.

She repeats "cannot" in Malay while he keeps telling her to "move inside".

It appears that the woman is looking for an EZ-Link card or money to pay the bus fare but cannot find anything in her purse.

She tries to reach for his arm in what looks like an effort to calm him down but he violently shakes her off and continues to gesture at her to move into the bus.

After a while, the woman then disembarks the bus leaving the man to continue to shout at her to come back.

He also shouts and gestures at the driver.

Finally, he exits the bus himself while the rest of the passengers urge the driver to just "go".