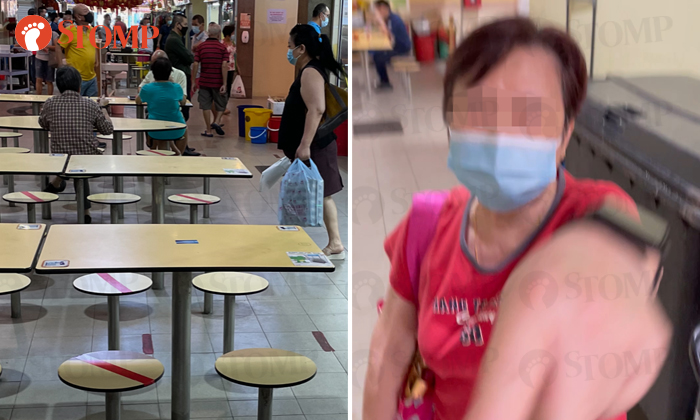 It's normal to become complacent when you live in one of the safest cities in the world. However, low crime doesn't mean no crime.

Stomper Terence left his Kopitiam card on a table at Sims Vista Market & Food Centre as a way of reserving seats while he went to get food. However, he soon caught a woman trying to take his card.

The incident occurred at the 49 Sims Place hawker centre on Wednesday (Jan 5), at around 12pm.

Terence said: "I left my card on the table to chope my seat and soon spotted a lady in red looking around suspiciously. She then placed her belongings on the table and slipped my card into her bag.

"I approached the woman to ask for my card back and tried to to stop her from leaving. She quickly returned it, saying she had taken it by mistake."

Terence was unconvinced by what the woman said and subsequently made a police report.

He added: "I hope to caution others on the perils of leaving their cards behind on tables to chope seats. Be careful of leaving your things unattended."

Related Stories
Woman wags finger while standing in Gardens by the Bay parking lot to chope spot for family car
Man seen reserving parking lot with traffic cones at Marsiling Road carpark
Man stands at loading bay in Sengkang and refuses to move even as driver tries to reverse into it
More About:
theft
stealing
dispute
chope
hawker centre