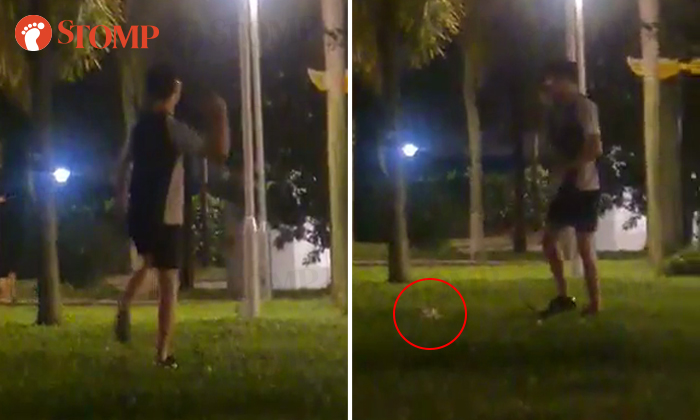 A man was concerned to see a youth swinging a rope dart at Vista Park in Woodlands on the night of the Mid-Autumn Festival (Sep 21).

Stomper Jackie shared a video of the incident that he saw at around 9.30pm.

Jackie said: "This person was swinging a rope dart in the presence of children running around during Mid-Autumn Festival celebrations."

"Not many people will know this is a dangerous weapon. I know it because I used to learn martial arts when I was young. And you need a certificate of possession for possessing such a lethal weapon."

A rope dart is a long rope with a metal dart attached to one end. It is used in Chinese martial arts and has a history that dates back to the Tang Dynasty.

Jackie also shared a compilation of movie scenes, showing the rope dart's lethality as a weapon.

Concerned by what he saw, Jackie called the police.

Stomp understands that the youth had already left the scene when police officers arrived.

Under the Corrosive and Explosive Substances and Offensive Weapons Act, it is illegal to carry any offensive weapons in public without lawful authority or for a lawful purpose. Offenders may face a jail term of up to three years and at least six strokes of the cane.