Man climbs on roof of sheltered walkway at Bukit Panjang, runs on it and waves at onlookers 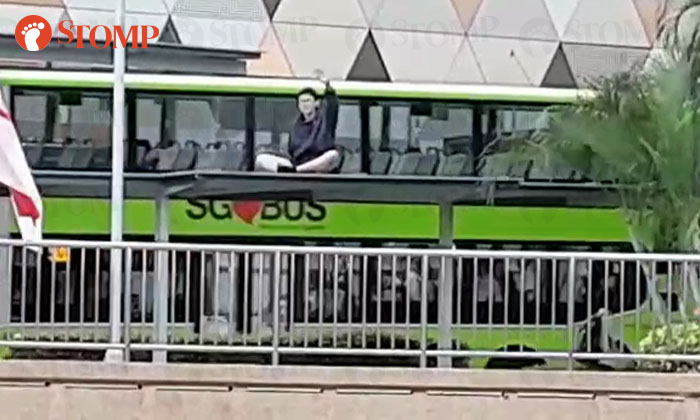 A Stomper was walking home towards Block 182 Jelebu Road in the Bukit Panjang area at 7.08am on Thursday (Aug 30) when he saw a "running man" on a sheltered walkway.

In a video the Stomper shared, the man is seen running across the expanse of the sheltered walkway before he sits down and waves towards the camera.

The Stomper said: "A few people and I had spotted a man running on the walkway that leads to a busy bus stop, why would he do that?

"If he does it in the middle of the night, it's still not that bad since there wouldn't be many people around, but to do this in broad daylight?

"The stomping from his footsteps also frightened the pedestrians who were walking beneath the shelter because they didn't know what was happening, they probably thought the shelter was falling down or something.

"I also asked an old lady who seemed to have been there longer than me and she said the boy had run a good two rounds, my video only shows half of a round.

"The man was last seen headed to the lift lobby of Block 182."

The Stomper added that he felt "shocked" and "upset".

"What he did was pretty uncalled for," he said.