Passengers restrain man who claimed to have explosives, tried to break into cockpit of Malaysian Airlines flight leaving Melbourne 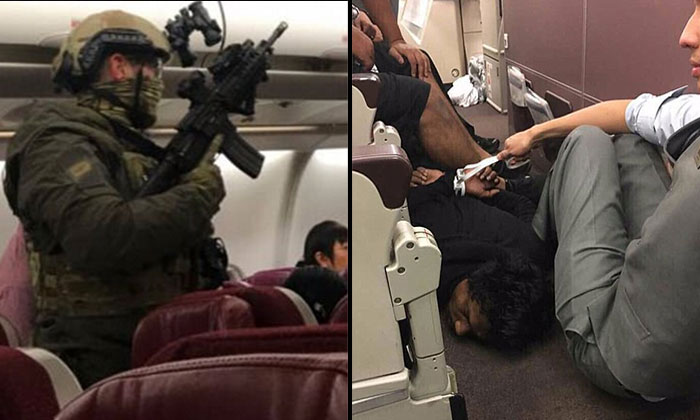 A 25-year-old man was restrained by passengers after claiming to be carrying a bomb and attempting to hijack Malaysian Airlines flight MH128, which was travelling from Melbourne to Kuala Lumpur, by forcing his way into the cockpit of the plane.

Passengers on board said that the man had attacked an air hostess minutes before the flight was scheduled for take-off at around 11.11pm on Wednesday (May 31), reports Daily Mail Online.

The man was also heard shouting, “I’m going to blow up this plane.”

Jumping to the hostess rescue, passengers confronted the suspect and tackled him to the ground, after which the pilot made an u-turn back to Melbourne’s Tullamarine Airport.

Photos taken inside the plane showed suspect being restrained with a pair of makeshift handcuffs.

Superintendent Tony Langdon said that the suspect was an Australian citizen from Dandenong, Melbourne, was currently being held for questioning by the police.

Related Stories
Panic and screams as Ariana Grande fans rush to get out of concert venue after explosions leave 22 dead, 50 injured
I almost went for Ariana Grande concert: Singaporean in Manchester
So not bomb: Facebook alerted netizens to fake explosion in Bangkok and refuses to apologise
More About:
hijack
flight
Malaysian Airlines
Passengers
bomb