Man cheated woman of $5k of woman by posing as medium, scammed others of donations 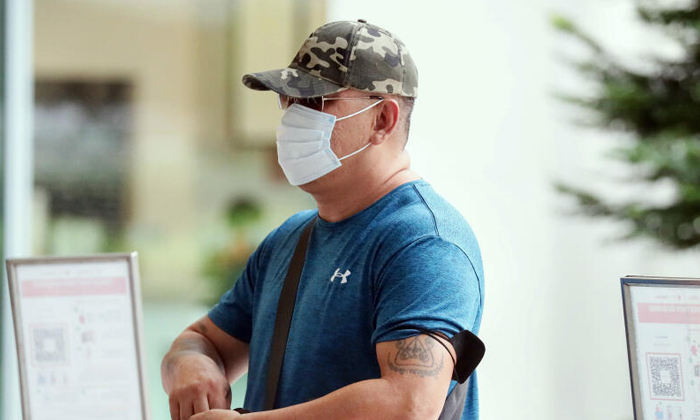 Claiming that he was a medium who could help her get rid of bad luck, a 52-year-old man duped a woman into giving him $5,000 last year.

This was nearly a year after Johnny Ang scammed two other victims while posing as either a temple representative or medium.

He also sent an unsolicited picture of his genitals to a woman in a separate incident.'

Ang was sentenced to eight months' jail on Tuesday (Sept 7), after pleading guilty to three cheating-related charges and one count of intentionally causing distress to a woman via insulting communication.

Five other charges, including three other cheating-related ones, were taken into consideration by District Judge Brenda Tan during sentencing.

At about 6.10pm that day, Ang went to the first victim's home and told the man that he was a medium from religious organisation Yun Yin Dian Association and the Loyang Tua Pek Kong temple.

He claimed that he was collecting donations to help needy children.

Ang then asked the victim to donate $20, and said that the man would be blessed with fortune, wealth and good health if he did so.

Shortly after the man gave him the money, Ang requested a larger donation, and the victim handed over $200.

He got the victim to sign on a green booklet before using a gold-coloured metal rod to scribble on the man's palm and telling him his fortune. He also passed the victim a red packet containing Toto numbers.

Later that day, Ang approached the second victim, saying he was a temple representative and was collecting donations for a baby in urgent need of money for surgery.

Ang duped the third victim in her home on Nov 6 last year.

The woman gave him cash after he asked her for donations. Court documents did not specify the details of his ruse or the amount given.

He later said she would have a "big misfortune", meet with a traffic accident and die.

Ang also said he was a medium and would help the third victim perform prayer rituals to get rid of her bad luck if she gave him $5,000.

She agreed to the proposal and later passed him the money.

In a separate incident on Oct 2, 2019, Ang messaged another woman via the Facebook Messenger app. Court documents state that the woman did not know Ang.

"As the victim dealt in e-commerce sales, the victim initially thought that the accused wanted to purchase something," said Deputy Public Prosecutor Lai Yan.

But Ang asked the woman if she wanted to be friends with him.

He sent her an unsolicited photo of his genitals the next day.

The woman also received explicit messages and a GIF from Ang, before she blocked him on the app.

On Tuesday, the court heard that $2,220 of the amount taken by Ang had been recovered, but he was unable to make restitution for the remaining sum.

For each of his cheating-related charges, Ang could have been jailed for up to 10 years and fined.

He could also have been jailed for at least six months, or fined up to $5,000, or both, for intentionally causing distress via insulting communication.

Related Stories
Man jailed for role in misappropriating over $461,000 of investment funds
Woman took over $1.4m from company she worked for and 91-year-old friend with dementia
Woman cheated mum's friend of nearly $50k after claiming she could help her find husband
More About:
scam
money
fake