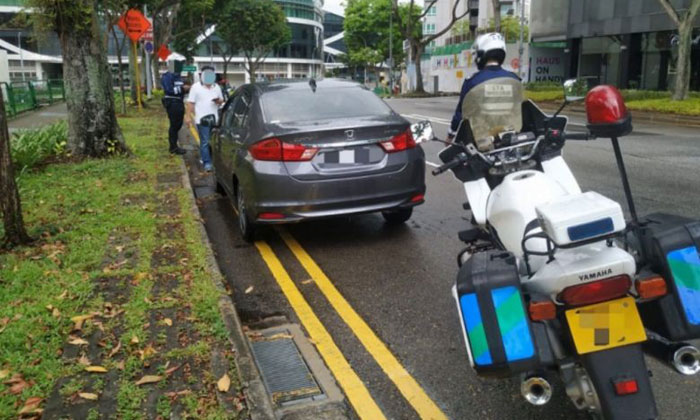 Shaffiq Alkhatib
The Straits Times
May 28, 2020

A man appeared in a district court on Thursday (May 28) after he allegedly provided unlawful carpooling services amid the Covid-19 pandemic.

Singapore permanent resident Ng Chiang Huat, 53, was charged with one count each of using a car as a public service vehicle without a proper licence and an offence under the Covid-19 (Temporary Measures) Act.

He was accused of unlawfully leaving his home on April 23 to provide carpooling services despite circuit breaker measures.

The location of his home was not revealed in court documents.

He was later caught along Handy Road, near Plaza Singapura shopping mall at around 10.45am that day.

The Land Transport Authority (LTA) has said that carpooling services such as those provided through GrabHitch, Rydepool, or those arranged privately are not designated as essential services. They are prohibited during the circuit breaker period.

Last month, LTA carried out enforcement operations at several locations against drivers who continued to provide such services.

Two drivers were booked and their vehicles seized while investigations were being carried out.

Ng was one of the drivers. The identity of the other alleged offender has not been disclosed.

LTA has advised commuters on essential travel during the circuit breaker period to use public transport or taxis and private hire car services booked through ride-hail applications.

Those hailing taxis along the streets should also scan the QR code found in the vehicles to provide their contact details.

Taxi drivers have been instructed to issue passengers with receipts for their rides.

Passengers should keep these receipts for at least 14 days. These steps will facilitate contact tracing efforts, should the need arise, said LTA.

It added: "While commercial operators have suspended their carpooling services, LTA is aware that some drivers, like the two who have been booked, continue to offer such services privately through messaging platforms.

"Such irresponsible behaviour endangers the health of drivers, passengers and their families, and undermines Singapore's ongoing efforts to suppress the spread of Covid-19."

Ng is expected to plead guilty on June 5.

First-time offenders convicted of an offence under the Covid-19 (Temporary Measures) Act can be jailed for up to six months and fined up to $10,000.