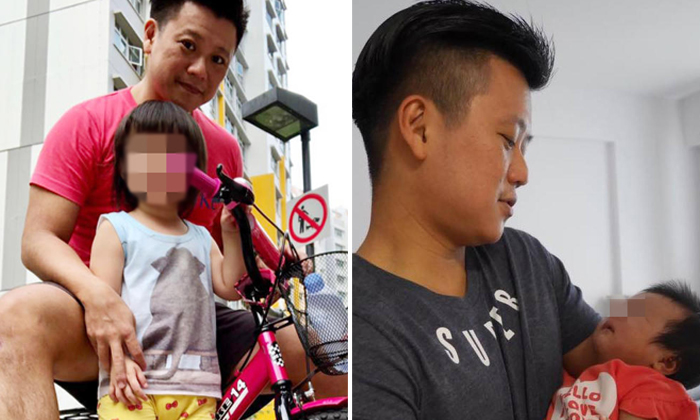 A 35-year-old man was charged on Tuesday (June 18) with murdering his two-year-old daughter in an 11th-floor unit at Block 163B Rivervale Crescent.

Police, who were alerted to the incident at 10.24pm, found the girl lying motionless in a bedroom.

The accused was reportedly found injured in the same room, with a knife next to him.

According to Shin Min Daily News and Lianhe Wanbao, Teo had been living in the four-room flat with his wife and their daughter until the couple divorced in March this year.

Teo's ex-wife has custody of their daughter.

The accused was at home with his daughter at the time of the incident.

Teo allegedly suffocated his daughter to death in the master bedroom before cutting his neck with a knife. He then lost consciousness on the bed.

Both of them were taken to Sengkang General Hospital and the girl was pronounced dead on Monday (June 17), at 12.28am.

Teo's case has been adjourned until July 9, reported The Straits Times.

In November 2016, Teo had uploaded a Facebook photo of him carrying his then newborn child.

Many friends had 'liked' the photo, with one of them telling Teo to take good care of his daughter, reported Shin Min.

Teo had replied to the comment by saying: "I definitely will."