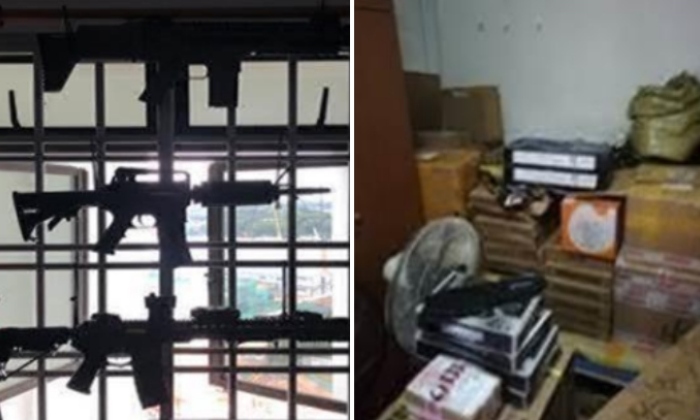 A 40-year-old man will be charged in court on Friday (August 7) for the possession and importation of more than 150 airsoft handguns without license, and the importation of a replica gun without a permit.

The police received information on November 16, 2018 relating to the sales of replica toy guns that shoot gel beads as projectiles on an e-commerce platform.

Through ground enquiries, officers from the Ang Mo Kio Police Division established the identity of the seller and arrested him on the same day.

"More than 150 airsoft handguns and accessories were seized," said the police.

Airsoft guns or any other guns that shoot pellets using compressed gas are regulated as ‘arms’ under the Arms & Explosives Act.

No person, unless authorised by a licence to possess arms, shall have in his possession or under his control any of such arms.

Any person who has in his possession or under his control any gun without license shall be liable on conviction to a fine not exceeding $5,000 for every such gun and to imprisonment for a term which may extend to three years.

The offence of importing or exporting any arms or explosives carries an imprisonment term not exceeding three years and shall be fined up to S$10,000.

It is also an offence for anyone to import or export any replica guns without a permit.