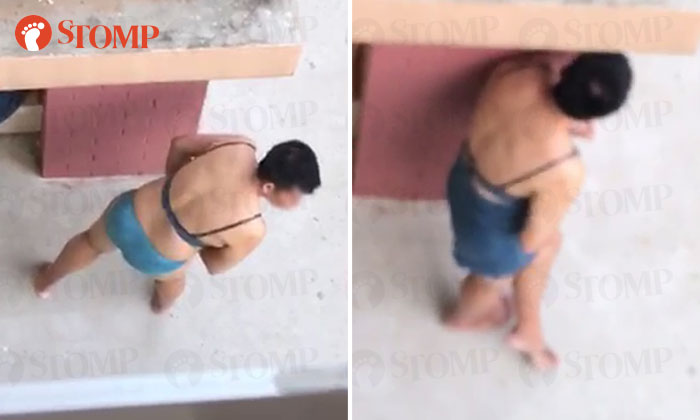 A man was caught on video performing a lewd act under a block of flats while wearing a bra and skirt.

A Stomper shared the video with Stomp which has been circulating online.

It is unclear where or when this happened.

In the video recorded by someone in a unit at the block, the man is seen placing the women's wear down as he takes off his shirt.

He then puts on the navy blue bra as he peeks around the corner to check if anyone is approaching.

After adjusting the bra, he takes off his slippers and shorts followed by his underwear before donning a blue skirt.

He is constantly seen checking for passers-by.

After about a minute, he takes off the skirt and bra and puts his own clothes on again.

He stuffs the bra in his right pocket and grabs the skirt before walking off.

The offence of Doing any Obscene Act in a Public Place carries a punishment of up to three months' jail and/or a fine upon conviction.