Man challenges cyclist in viral dispute with lorry driver to cycling match: 'I better and faster than you' 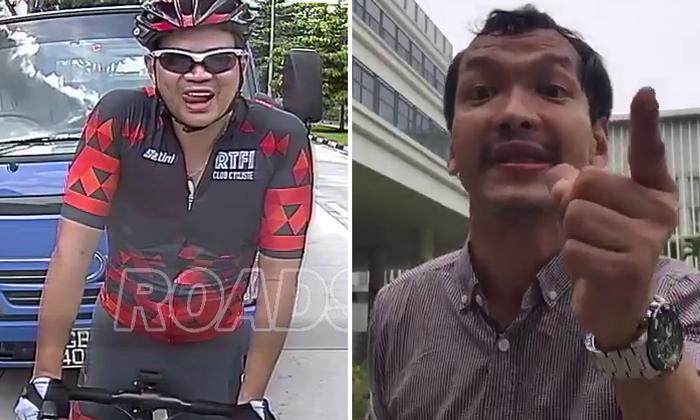 In just a matter of days, a cyclist involved in an altercation with a lorry driver along Pasir Ris Drive 3 on Dec 22 has become Singapore's most hated man.

The cyclist was caught on camera knocking off the lorry's side mirror in a video that has garnered almost three million views to date.

Both the cyclist and lorry driver were subsequently arrested.

But while many netizens rallied behind the lorry driver, who later shared his side of the story, the cyclist became the target of an online mob lynching.

After being 'CSI-ed' by netizens who circulated screenshots of his social media accounts and personal details, the cyclist apparently even had to change his name on LinkedIn.

Now, he has been challenged to a cycling match at East Coast Park by Facebook user Patrick Ong.

In a video posted on Thursday (Dec 26), Patrick addressed the cyclist and said: "I tell you what, I cycle even more, faster than you ah."

"I tell you what. Why not, why not I challenge you to a cycling match at East Coast Park there," added Patrick, who also made various animated gestures in his 37-second video.

Well, that would be one match that Singapore would love to see, if it ever happens.