Man caught trying to smuggle 12 sedated puppies through Tuas Checkpoint, 3 of which died 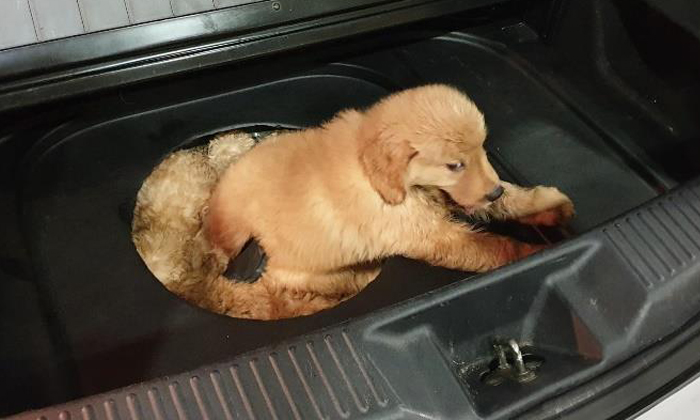 A 25-year-old man was found with 12 sedated puppies cramped in a compartment of his car at Tuas Checkpoint on Tuesday (Dec 11).

The Singapore-registered vehicle had been stopped for car boot checks at around 3.45am, said the Immigration & Checkpoints Authority (ICA) and the Agri-Food & Veterinary Authority of Singapore (AVA) in a statement.

During inspection, an ICA officer noticed anomalies in the car boot and conducted further checks.

Some were weak and three of them eventually died.

The driver, who is a Singaporean, was referred to the AVA for investigation as he did not possess valid health certificate and import permits.

The surviving puppies are currently being cared for and quarantined at AVA’s facilities.

Animals that are smuggled into Singapore are of unknown health status and may introduce exotic diseases, such as rabies, into the country.

As such, AVA strictly regulates the import of animals to prevent the introduction of exotic diseases into Singapore and safeguard the health and welfare of animals.

Importing any animals without an AVA permit is illegal and carries a maximum penalty of $10,000 and/or a jail term of up to one year.

"Our borders are our first line of defence in safeguarding Singapore's security," added the statement.

"The security checks are critical to our nation’s security.

"The ICA will continue to conduct security checks on passengers and vehicles at the checkpoints to prevent attempts to smuggle in undesirable persons, drugs, weapons, explosives and other contrabands."

"The ICA and AVA would like to remind travellers against bringing live animals, birds and insects into Singapore without a proper permit."

For more information about bringing back animals from overseas travels, members of the public can refer to AVA’s website or download AVA’s mobile app, SG TravelKaki.