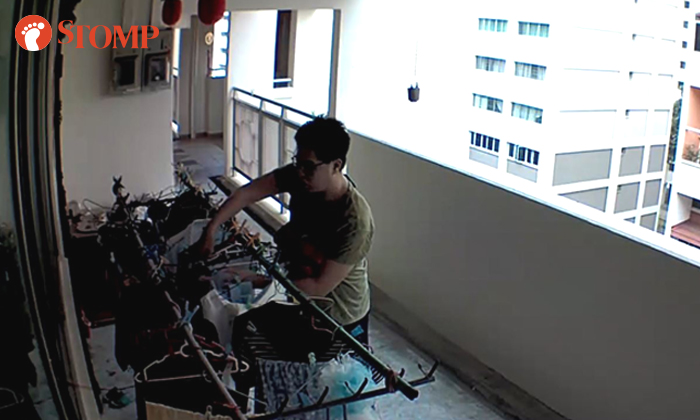 In the footage that Stomper Chen sent, a man can be seen on the phone outside her flat.

After finishing the call, he glanced around before grabbing a bra off the clothes hanger.

Chen, 26, told Stomp in a telephone interview that she first noticed that her bras had gone missing one or two months ago.

That was what prompted her to install a camera outside her flat which caught the man on camera stealing her bra.

The Stomper said, "This is likely not the first time he stole my bra. I've already lost about 4-5 (bras) so far."

The Police confirmed with Stomp that a report has been made.