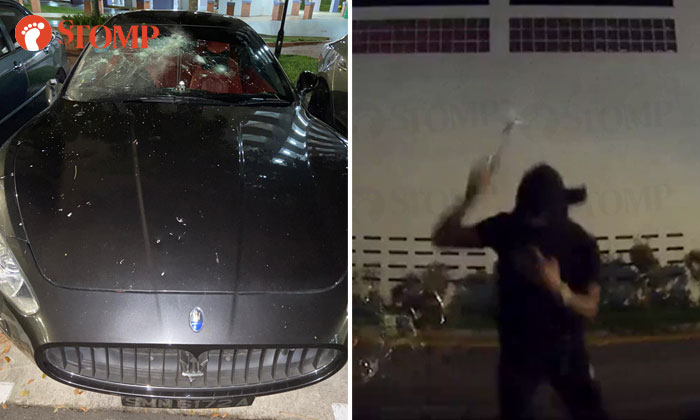 A man was caught on video whacking a Maserati parked at a carpark in Ang Mo Kio with a metal object on May 9.

Stomper Subha, the owner of the Maserati alerted Stomp to the incident and shared footage taken from her in-car camera.

In the video, a black Lexus is seen pulling up next to her car.

One man exits and is talking to someone next to the supercar.

Shortly after, another man, who is fully masked, is seen hitting the bonnet of the Maserati with a metal object before going for the windshield.

In photos shared by the Stomper, the windshield is shattered in several places and there are dents on the car.

"After 15 minutes, the police came up to my home and knocked on my door, asking me if I'm aware that  my Maserati has been damaged.

"They asked me to come down to identify my car."

In response to a Stomp query, the police said they were alerted to a case of mischief at 5.12am.