Man caught on video running away from accident at Boulevard Central, 2 kids taken to hospital 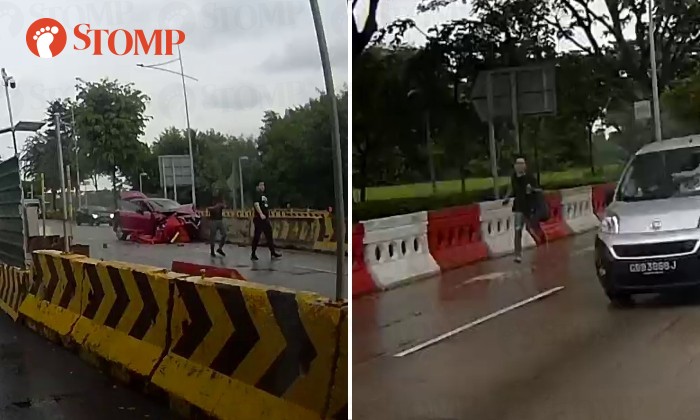 A man was caught on video running away from an accident at Boulevard Central towards Cross Street on Sunday (Nov 27).

Stomper Will, who shared the dash cam video, said: "A red car was involved in an accident and crashed into ongoing road works. A man was spotted fleeing the scene with another man in pursuit."

In response to a Stomp query, police said they were alerted to an accident involving four cars at 11.20am.

In the video, as the cam car approached the road works, a man can be seen on the road starting to run away. Another man jumped over the road barrier to chase the first man. Both were wearing black.

As the cam car drove by the road works, a stationary red car can be seen with its doors open and another two men in black standing beside it. The vehicle appeared to have crashed into a road barrier.

The second man gave up the chase after a few metres as the first man kept running to Sheares Avenue.