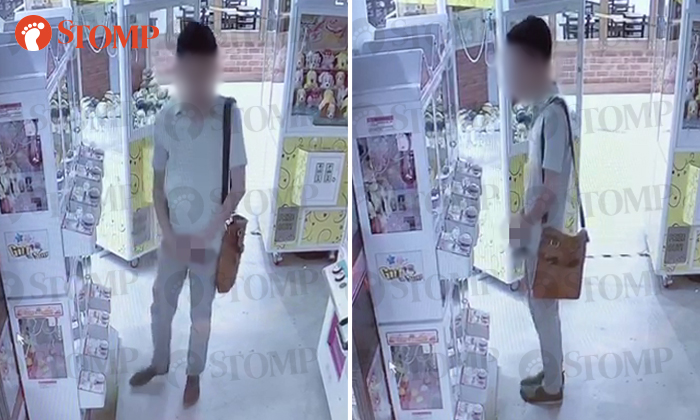 Police are investigating an incident involving a man who was caught on camera performing a lewd act at a claw machine arcade in JCube shopping mall last Wednesday (Feb 13).

A Stomper, who owns claw machine store Poka-oo, alerted Stomp to the incident that occurred at around 8.08am.

No staff was around when the incident took place as the store was not yet open.

According to the Stomper, he discovered CCTV footage of the man's obscene behaviour "by luck".

"Actually, we were checking staff attendance. When we selected the footage for that particular day, we accidentally clicked on 8.04am and saw someone trespassing into our store, which prompted us to look into it," said the Stomper.

"I then saw something very, very disturbing."

He then appeared to be looking around with his hands still on his private parts, which were exposed.

The man subsequently went in front of another claw machine, where he flicked left hand, as if trying to get rid of something (around 00:23 mark in video). 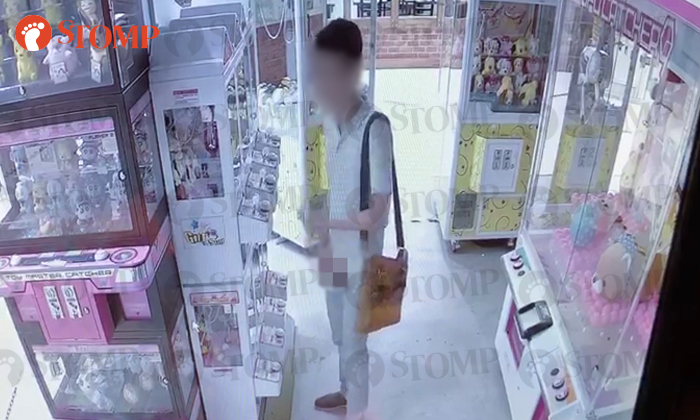 The Stomper added: "The man, whom we didn't recognise at all, was there for around seven minutes, during which he masturbated and 'released' in our shop."

The offence of Doing any Obscene Act in a Public Place carries a punishment of up to three months' jail and/or a fine upon conviction.