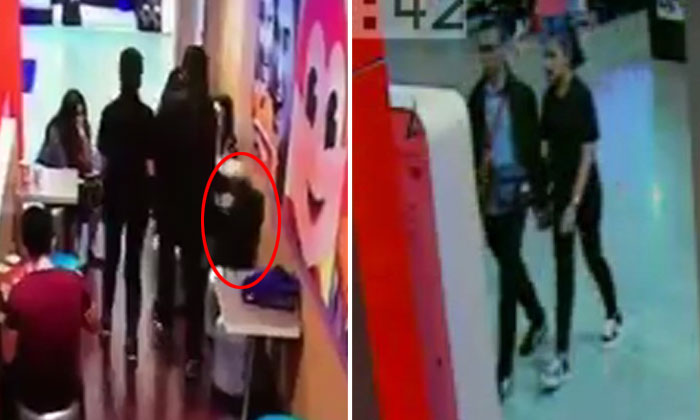 A man was caught on camera taking a diner's bag and walking out of a Jollibee outlet at Square 2 at Novena on Jan 17.

The owner of the bag, Andi Rizal, posted a video of the man caught in the act on his Twitter page, appealing to others to help identify tha man and his female companion.

The man was seen walking out of the food outlet and grabbing the bag on his way out, without pausing or taking a second look.

Last Wednesday (17/1/18). I know it was my own fault to leave my belongings there even if it is crowded. I learned it the hard way... Please do help to RT! This has also been brought up to the police. pic.twitter.com/pJo0tO4mCr

He told Stomp that he was ordering food with his girlfriend when the incident happened.

"My mistake would be to leave it unattended," he said.

He added that he has since made a police report.

If you know this man or his companion, kindly contact Stomp at stomp@stomp.com.sg or WhatsApp 9384 3761.

Related Stories
Group of youths take bottled drinks from closed mini-mart at Tampines St 44
Woman diverts employee's attention at The Arcade store -- then takes dress and places it in big bag
Man grabs display laptop and walks out of gaming store in less than 30 seconds
More About:
caught on camera
theft
stealing