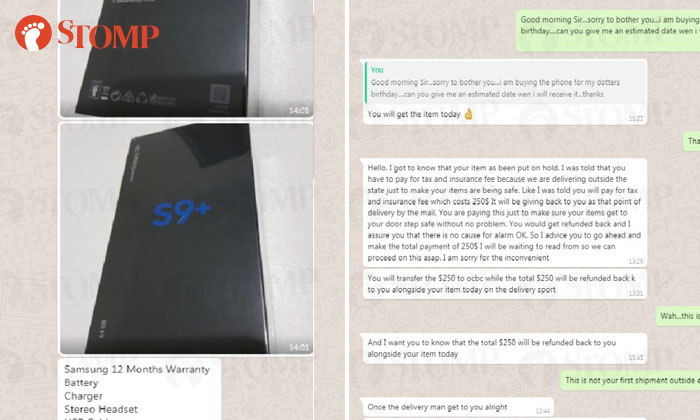 Stomper Wanjid wanted to buy a phone for his daughter's 20th birthday.

He went on online shopping website Lazada on Nov 22 to buy her a Samsung Galaxy S9+.

He came across an advertisement which listed the phone and phone accessories for sale at a price of $500. 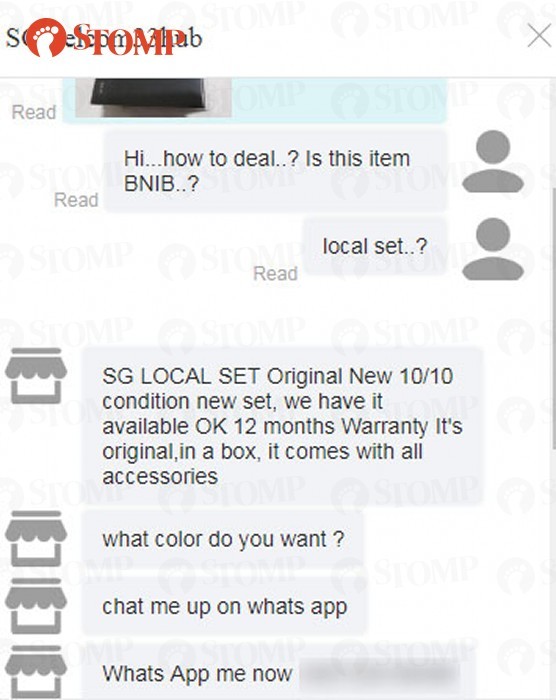 He said that the seller was listed as a new seller and that he did not have a rating.

He asked Wanjid to message him via WhatsApp instead of through the website.

Wanjid was told to transfer the $500 to the seller's OCBC bank account.

After that, the seller showed him proof of invoices and transactions with other customers.

He also assured Wanjid that he would get a delivery tracking number and an invoice receipt after he transferred the money. 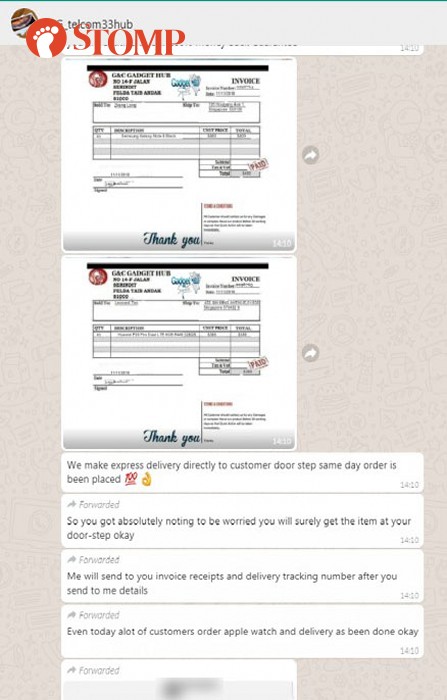 Wanjid transferred $500 to the seller's OCBC account at about 3pm that day.

At about 11.20am the next day (Nov 23), Wanjid still had not received a delivery tracking number.

He asked the seller when he would receive the phone, to which the seller replied: "You will get the item today."

However, at 1.29pm, the seller said that Wanjid's item was put on hold.

He told Wanjid to transfer another $250 for "tax and insurance fee" to make sure the item was "safe".

He also added and said: "You would get refunded back and I assure you that there is no cause for alarm ok." 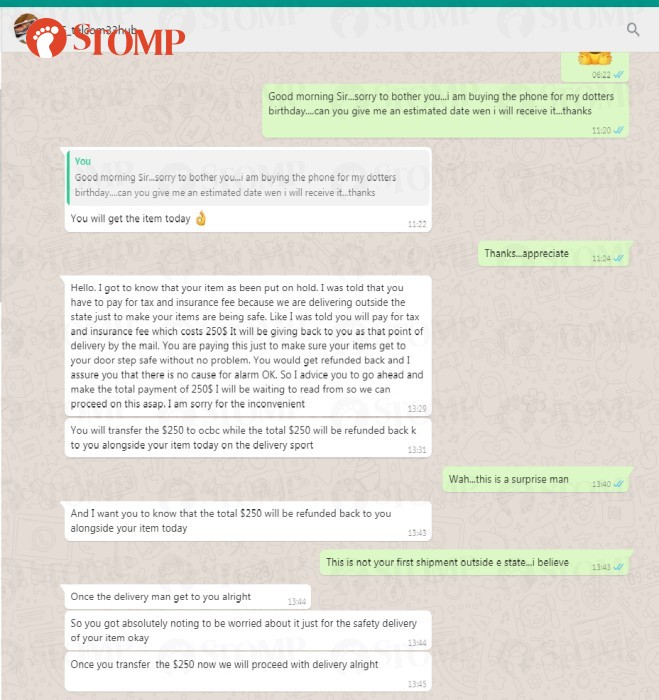 Wanjid agreed and transferred the seller another $250 on at about 2pm that day.

The next day on Nov 24, at around 12.38am, Wanjid started becoming suspicious of the transaction.

There had been no news about the phone and no delivery tracking number had been sent.

He knew that he had probably been scammed.

He told the seller: "I give you until 12pm tomorrow to make good. If not, I shall create public awareness. Don't say I am not being fair."

Wanjid also said at 1.06am that he would make a police report.

At 4am, the seller apologised, but asked for another $300 for a supposed stamp fee.

He said that Wanjid would get back the extra $250 he had paid in addition to the $300 he was requesting for. 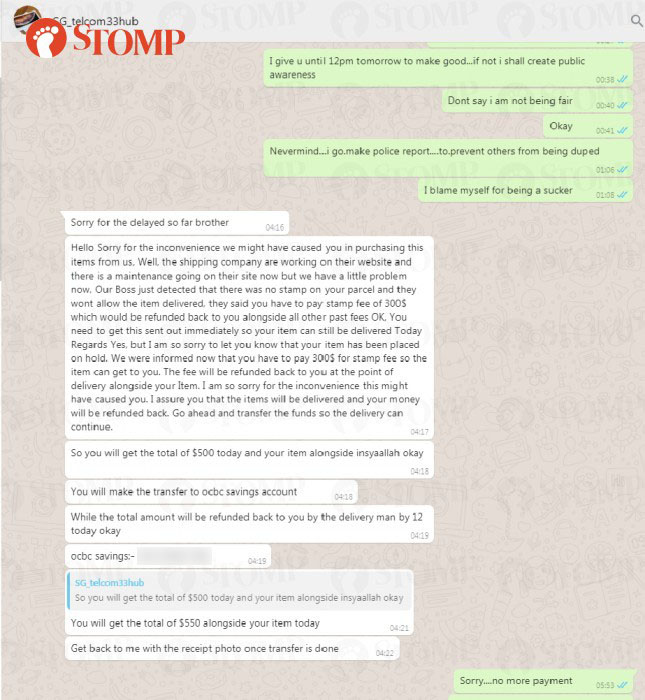 Wanjid did not pay up.

In response to a Stomp query, the police said: "The police confirm that a report has been lodged."

Related Stories
Stomper sends e-scooter for repair, but gets it back in worse condition and is asked to pay more
Deliveryman pays $70 deposit for e-scooter but only receives parts, seller refuses to give refund
Woman offered 'commission' to deliver duty-unpaid cigarettes from JB after responding to job ad
More About:
scam
dispute
text