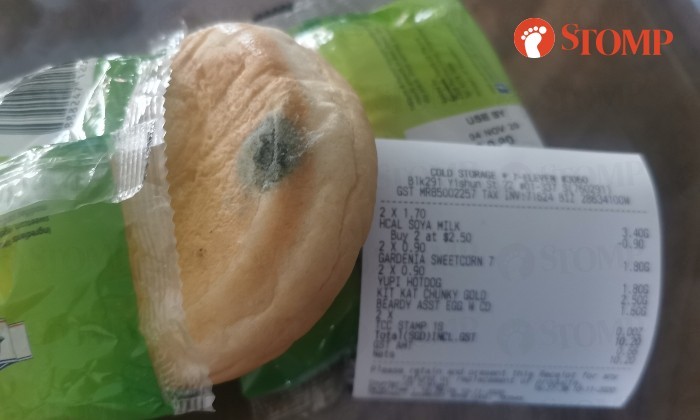 Stomper Noor was eager to dig into the sweetcorn bread that he purchased from 7-Eleven but his appetite was lost when he saw that it appeared to be mouldy and was expired.

He shared that he purchased the bread from the 7-Eleven outlet at Block 291 Yishun Street 22 on Nov 10, only to realise that the expiry date stated on the packaging was Nov 4. 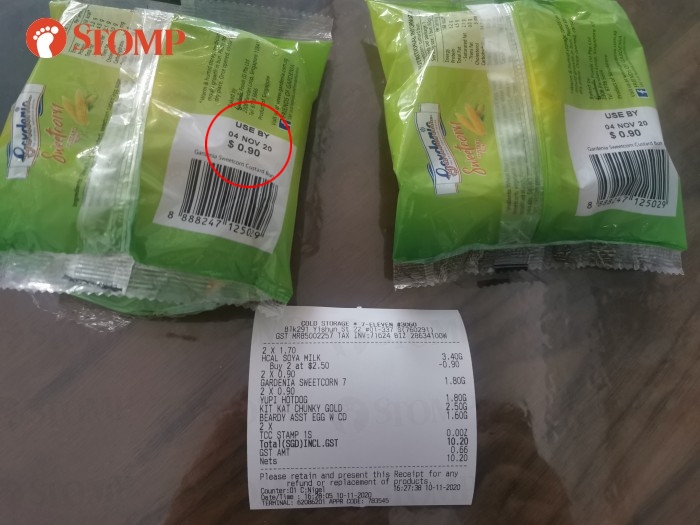 "I purchased the Gardenia bread at 4.27pm and when I returned home at about 5pm, I wanted to eat it," Noor said.

"When I tore the plastic open, I noticed there was mould on the bread. So, I checked the expiry date and to my horror, the bread had expired days ago.

"I've emailed 7-Eleven about this because I think they could have done better when it comes to handling food and drinks that have expiry dates."

Noor added that 7-Eleven has since replied to him and apologised.

In response to a Stomp query, a spokesman from Dairy Farm Group, which operates 7-Eleven, said that is is aware of the incident and has taken appropriate actions.

"Our team is in contact with the customer to coordinate a refund," added the spokesman.

"The health and safety of our customers remain our top priorities and we thank our customer for bringing this matter to our attention and apologise for the inconvenience.”