Man broke into friend's home to steal $2.50 tortoise, posted photo of himself with it online 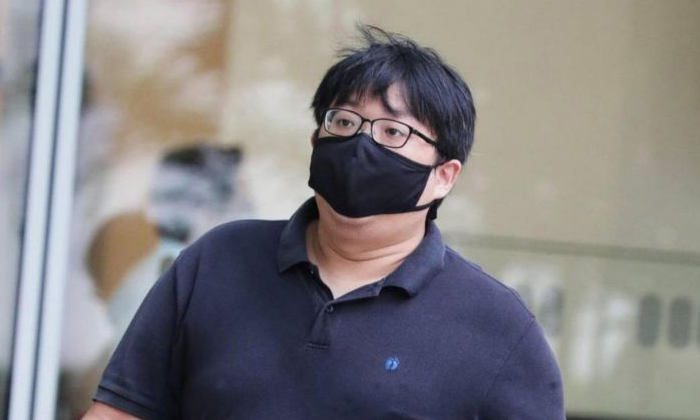 He broke into his childhood friend's home during the circuit breaker period, ransacking the bedroom before leaving with a tortoise he claimed was promised to him.

Roger Khoo Zhen Xuan, 36, later posted a picture of himself with the tortoise on social media, calling it his new pet.

On Thursday morning (Jan 21), he pleaded guilty to one charge of criminal trespass.

Another charge under the Covid-19 (Temporary Measures) Act 2020 was taken into consideration.

The court was told the accused and victim had known each other since their school days.

At about noon on May 23 last year, Khoo broke into the unit in Sembawang while the victim was not in, with the intention to annoy him.

The accused claimed he wanted to retrieve the tortoise that the victim had promised him.

However, the court heard that the victim had not promised Khoo the reptile.

While in the home, Khoo ransacked the victim's bedroom.

He stole the tortoise, valued at $2.50, and called for a locksmith to repair the front door.

When the victim returned later that day, he found the metal gate askew and the wooden latch on his door broken.

He also found his bedroom in a mess and his tortoise missing.

Checking his phone, he saw that Khoo had posted a picture of himself with the tortoise on social media, claiming it was a new pet.

The victim called the police at about 11.50pm, saying his home was broken into.

The tortoise has since been returned to its owner.

Deputy Public Prosecutor Alexandria Shamini Joseph said a psychiatric report from last year showed that Khoo has bipolar disorder, and was suffering from an episode of manic relapse at the time of the offence.

The prosecutor said that she would not be objecting to the calling of a report to determine Khoo's suitability for a mandatory treatment order (MTO).

Defence lawyer Joshua Tong said his client was on medication and undergoing treatment.

District Judge May Mesenas called for an MTO suitability report.

The accused is currently out on $10,000 bail and is expected to be back in court on March 1 for sentencing.

For criminal trespass, he could have been jailed for up to three months, or fined up to $1,500, or both.