Man born without legs has big dream: He wants to conquer all the mountains in the world 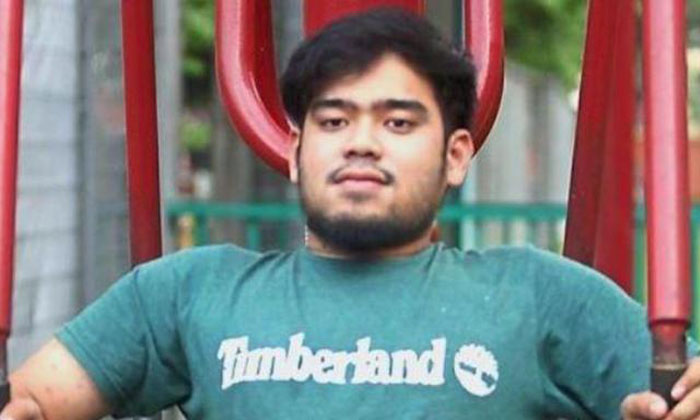 He just wanted to climb them.

"I want to conquer all the mountains in the world," said the 24-year-old who recently made it into the Malay­sia Book of Records as the first disabled man to crawl up the peak of Mount Kinabalu.

Now, he has set his sights on the glittering peaks of Mount Everest and plans to make his mark at the Everest Base Camp in July next year.

"There are so many mountains to climb.

"There's a hole in me that I thought would close once I conquered Mount Kinabalu. Instead it has led me to look for others to climb," said Azzrulkhan, fondly known as Adam.

As a prelude to Everest, Adam's next summit attack would be Mount Trus Madi in Sabah and Mount Rinjani in Lombok, Indonesia, in February to prepare for the toughest climb yet.

The Kuching-born record-setter said the way up Mount Kinabalu was paved with pain, rejection and heartbreak.

Along with four other climbers under the project OKU Mount Kinabalu Expedition, Adam first tried to set the record in January but missed the mark.

"On that first try, I was given only two days to finish the climb, which is the normal time for people who could walk," said Adam.

Despite that, he pressed on and was a kilometre from the pinnacle - Low's Peak - when his team members urged him to stop as they were worried for his safety.

"I was frustrated, I knew I could make it.

"But I also knew I couldn't be selfish as it involved my team," said Adam.

He was down in the pits for a long time and a few months went by before he was up for a second try.

In October, Adam made it up the 4,095m Mount Kinabalu in three days.

"I pushed myself to the limit and made it to Low's Peak in three days, although I was given 10 days.

"At the end, my hands and shoulders were badly injured and although I wore three layers of pants to protect my stumps, they were all torn.

"But there's no word that can describe the state of being up there," said Adam.

The final-year communications student at the International Islamic University Malaysia said it started in 2014, when many of his friends suddenly caught the hiking bug.

"I thought: maybe I can do this, too.

"But I was told that disabled people like me couldn't do it as it was too risky," said Adam, who was turned down when he asked them to take him along.

After much rejection, another friend, who also has permanent disabilities from burns, agreed to take him up Broga Hill.

"He was disabled too but he went up there and this inspired me," Adam said.

During his first trip to Broga Hill, people stared and cameras clicked, he said, adding that he did not expect to get so much support.

"I was just concentrating on getting up when I suddenly heard loud cheers, applause and shouts of encouragement.

"I was overjoyed and full of spirit," said Adam.

Related Stories
Beautiful couple go on thrilling climb on Hunan mountain -- where guy does something even riskier
Plucky 11-year-old boy who lost both legs in accident overcomes all obstacles to climb mountains in China
This three-year-old girl made it 4,000 metres up Mount Everest
inspiring
disability
disabled
mountain
get inspired
cool