Man blames pump attendant for filling up his tank wrongly: ExxonMobil and FairPrice respond to Stomp 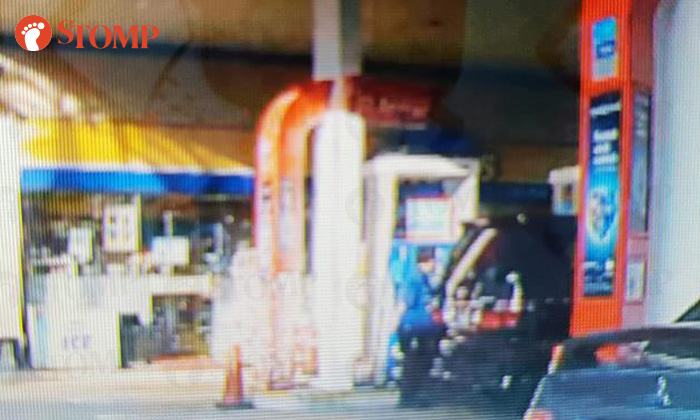 ExxonMobil and FairPrice have responded to Stomp about an incident where a driver blamed a pump attendant for wrongly topping up his tank to the fullest when he had only asked for a $30 top-up.

The incident, which happened at an Esso petrol station along Telok Blangah Road on Oct 15 at about 5.40pm, was witnessed by Stomper Azreena, who posted her account on Facebook.

While Azreena was queueing at the counter of the petrol station to pay for her petrol, she noticed the man in front of her arguing with the cashier.

"The uncle in front of me claimed that he only asked for $30 worth of petrol while the pump attendant had pumped full tank," she said.

"The cashiers told me that the pump attendant had repeatedly asked him how much he wanted to pump and he said full tank.

"However at the cashier, the uncle insisted that he only asked for $30.

"When the cashiers asked him to speak with the manager, he refused!

"Why would a person who claims he is right not want to speak to the higher authority?"

Azreena then said that the man ended up paying $27 for his petrol, after a 10% discount.

According to her, the same pump attendant had repeated after her order too, when he was attending to her.

"I'm sure this is just a protocol to prevent such disputes.

"I was told that the poor pump attendant had to have $60 deducted off his pay."

In response to a Stomp media query, a spokesperson from ExxonMobil said in a joint statement with FairPrice on Oct 16: “Billing discrepancies when vehicles are being refuelled at Esso service stations are rare.

"However, should it occur, each incident is assessed on a case-by-case basis.

“We are aware of this incident and have reviewed it.

"In this instance, the pump attendant did not have to pay for the difference."

Related Stories
BMW driver in Caltex incident: 'Attendant misheard me, raised his voice and had bad attitude'
Stompers rally behind Caltex pump attendant in dispute with BMW driver, offer to pay $135 for him
Woman blocks driver's way at Caltex Tampines while on the phone -- then scolds him for honking
More About:
dispute
petrol kiosk
driver