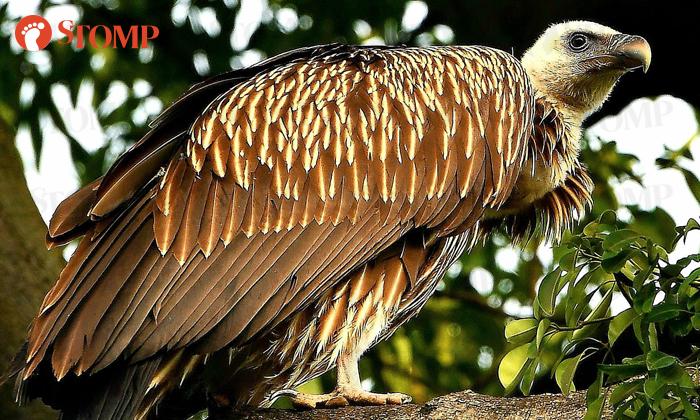 A man was thrilled to spot a magnificent Himalayan vulture at the Singapore Botanic Gardens on Wednesday (Dec 29).

Stomper John Lee, founder of Wildlife Asia (Singapore), said a friend had tipped him off about the bird's appearance.

This prompted John to go down and see the "extremely rare migrant" for himself. 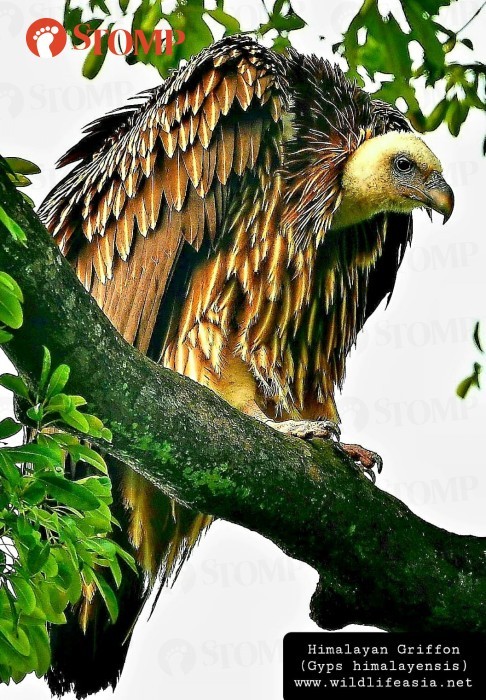 John said: "The Himalayan griffon (Gyps himalayensis) is classified as 'Near Threatened' under The International Union for Conservation of Nature's Red List of Threatened Species.

"This gigantic bird has a monstrous wingspan of around 9 foot and 10 inches (equivalent to 3.1 metres). To illustrate a comparison of its wing size, the floor to ceiling of a Housing Board (HDB) flat is only 8 foot.

"The griffon is a resident of the uplands of central Asia, from Afghanistan and Kazakhstan to the Tibetan Plateau and the Himalayas.

"The beast has a thick armoured coat of feathers that helps it a lot during winter."

Also known as the Himalayan griffon vulture, the bird is the the second largest Old World vulture, weighing between 8kg and 12kg.

It can be identified by distinctive features such as a bald white head, a white neck, a yellow bill, very broad wings and short tail feathers.

The vulture also has a prominent colouring of whitish streaks on a brown body with blackish flight feathers and tail.

According to online reports, the bird feeds mostly from the carcasses of animals. It grunts and hisses at roosts or when feeding on carrion.

Here are previously recorded sightings of the Himalayan griffon in Singapore:

Asked how he felt about seeing the vulture, John told Stomp: "To a wildlife naturalist like myself, the feeling of such a sighting is exhilarating and like a holy grail."