Man attacked from behind with 'sharp weapon', police investigating 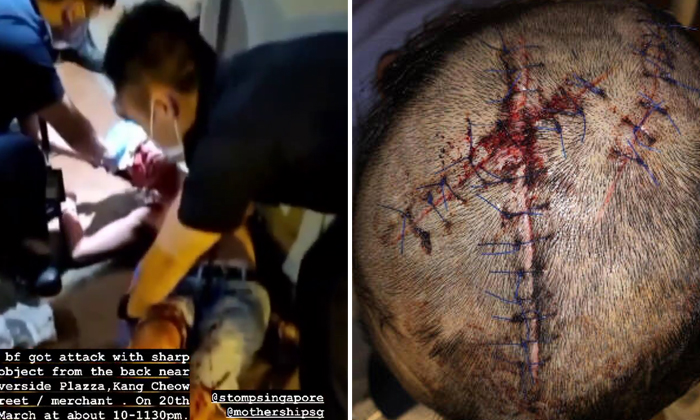 Police are investigating an incident in which a 30-year-old man was allegedly attacked by an unknown assailant on Sunday night (Mar 20).

The victim's girlfriend, Ms Yilin Low, said the incident occurred in the vicinity of Keng Cheow Street and Merchant Road between 10.30pm to 11.20pm.

She told Stomp: "My boyfriend was with his friend near Riverside Plaza and wanted to go to the nearby 7-Eleven store to buy water.

"He was on the way to the convenience store alone when he was hit in the head from behind with a sharp weapon. He did not manage to see his attacker as it was too sudden."

The victim is also unable to recall if he turned around and his memories of what happened afterwards are foggy.

Ms Low said: "My boyfriend was bleeding profusely but walked for one to two minutes to find his friend, who then called the ambulance.

"He lost a lot of blood and has had two operations. The doctor said he was injured by a sharp object measuring between 10cm by 8cm."

According to Ms Low, her boyfriend was discharged from hospital on Wednesday (Mar 23), but still suffers from dizziness and head pain.

The couple are appealing for witnesses to come forward with more information. 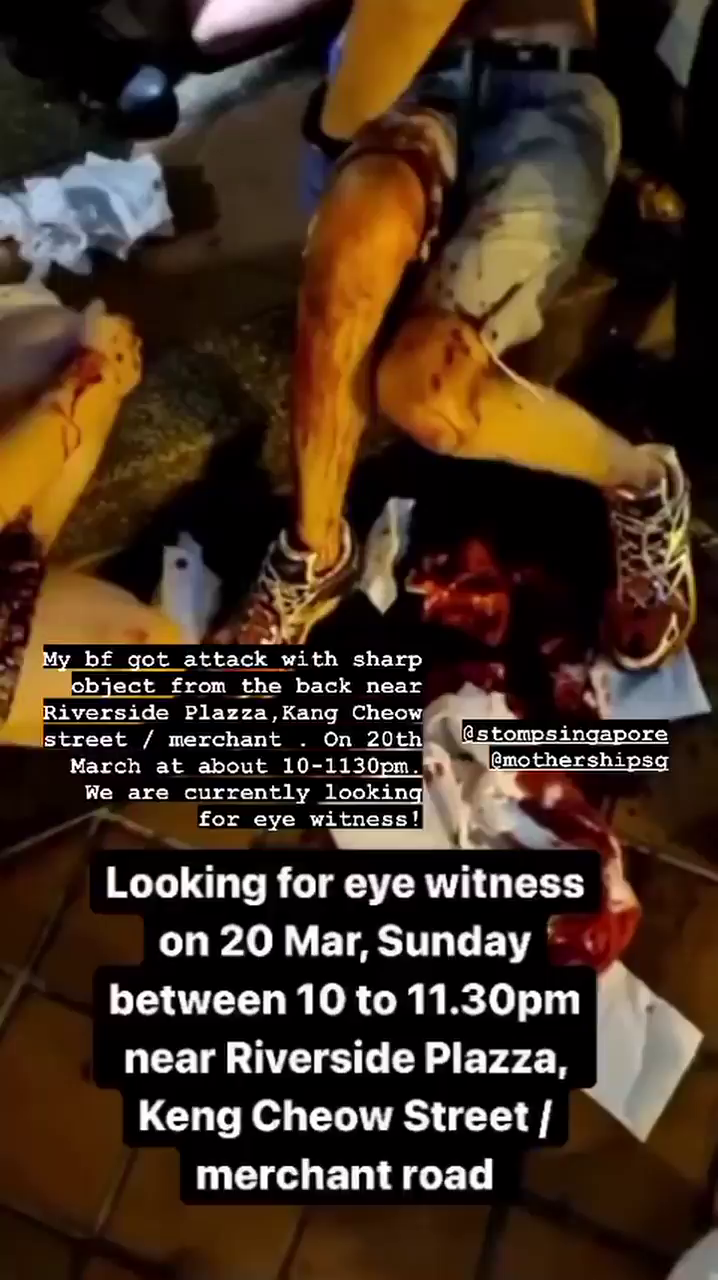 Ms Low also posted a Facebook video showing her boyfriend lying bloodied on the ground. The post has since been shared over 2,100 times.

The Singapore Civil Defence Force said it received a call for help from the area at around 11.05pm that night and took a man to Singapore General Hospital.